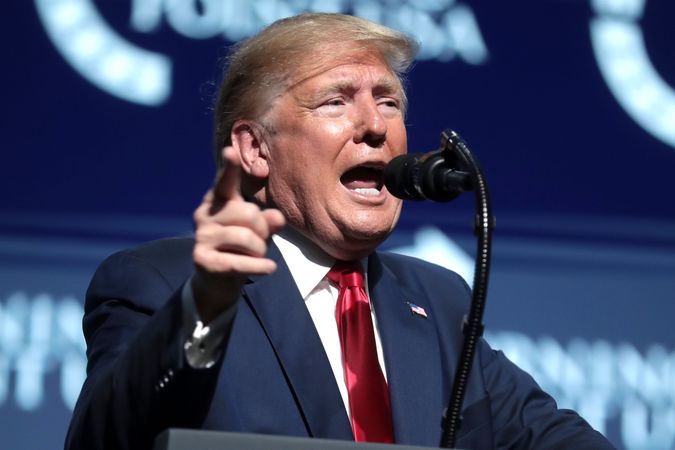 Monument Hill is located on the land of the Tohono O'odham Nation. In the past, they had buried fallen warriors of rival nations there. Picture: Gage Skidmore via Flickr (CC BY-SA 2.0).

The Society for Threatened Peoples (STP) has condemned the blasting operations on an indigenous burial site in the US state of Arizona. According to media reports, construction companies have started destroying the Monument Hill Burial Site in the Organ Pipe Cactus National Monument biosphere reserve to make room for the border wall with Mexico. "It is not surprising that President Trump is also trampling on indigenous rights for his racist border wall," stated Yvonne Bangert, one of the STP's experts on indigenous peoples. "Nevertheless, this is shocking – especially as the affected peoples have apparently not been consulted or included in the planning."

Monument Hill is located on the land of the Tohono O'odham Nation. In the past, they had buried fallen warriors of rival nations there. In the United States, indigenous land is protected by federal laws. However, the REAL ID Act of 2005 allows the President to arbitrarily suspend the application of individual laws if he believes that they endanger national security.

In addition to protests by indigenous communities against the destruction of the biosphere reserve, there is also harsh criticism by environmentalists. According to various media, an internal report of the National Park Service also warns of the destruction of 22 archaeological sites.