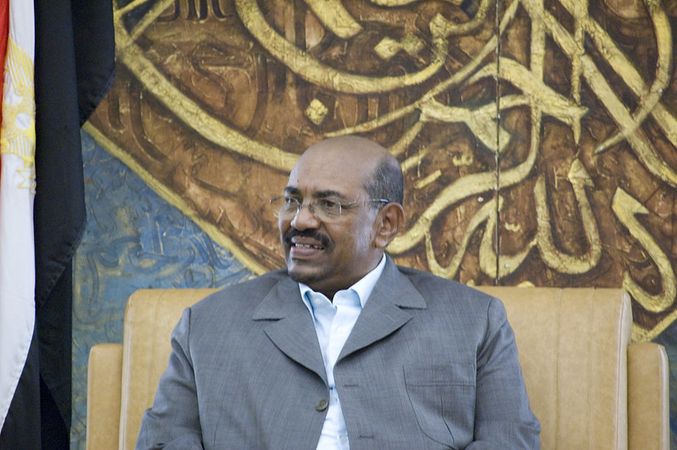 "The man is a mass murderer. He is responsible for the deaths of millions of people and for countless crimes against humanity," stated Ulrich Delius, the STP's director. Picture: Sebastian Baryli via Flickr (CC BY 2.0)

According to the Society for Threatened Peoples (STP), the fact that Sudan is planning to hand over the former Sudanese dictator Omar Hassan al Bashir to the International Criminal Court (ICC) is to be seen as an "important milestone in the worldwide fight against impunity". "The man is a mass murderer. He is responsible for the deaths of millions of people and for countless crimes against humanity," stated Ulrich Delius, the STP's director, in Göttingen on Tuesday. For Sudan, his fall in April 2019 had been a liberation. But the stigma remained that the Sudanese judiciary has so far only prosecuted him for corruption and the violent deaths of several protesters. Now, he might finally be held accountable for the millions of victims of violence, war, and expulsion.

Today, Sudan's rulers announced plans to hand Bashir over to the ICC. His fate is the subject of much debate in Sudan. While parts of the civil society demanded him to be handed over to The Hague, the army and the security apparatus had categorically rejected such attempts. "Today's decision will put Sudan to the test, increasing the already high pressure on the democratic forces," Delius warned.

The ICC had issued an international arrest warrant against Bashir years ago, among other things for the genocide crimes in Darfur. More than a decade ago, the United Nations had stopped counting when the death toll in Darfur reached 400,000 – but the actual number of victims was certainly much higher. So far, no one has been held accountable for the unspeakable crimes that took place in Southern Sudan and in the Nuba Mountains. Bashir is also responsible for the systematic starvation of the civilian population and the use of rape as a weapon of war.

"Germany has made the global fight against impunity the motto of its foreign policy, but little has been done to bring this mass murderer to justice," Delius emphasized. Instead, the dictator was asked to help seal off Europe from refugees. It is to the credit of the democratic civil society in Sudan that there is now finally a chance for justice.