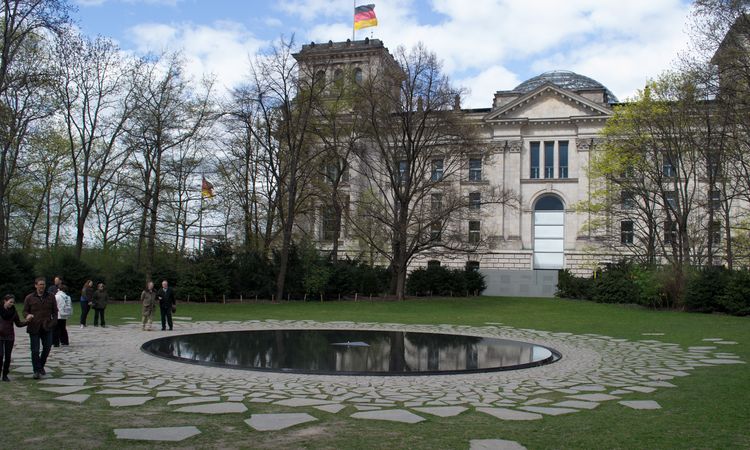 Memorial for the murdered Sinti and Roma in front of the German Bundestag. Picture: Don Barrett via Flickr (CC BY-NC-ND 2.0).

On the occasion of the remembrance day for the Sinti and Roma who were killed during the Second World War, the Society for Threatened Peoples (STP) criticizes that the EU clearly has no real strategy on how to address increasing antiziganism: "The EU's Roma Decade ended almost five years ago," stated Jan Diedrichsen, Federal Chairman of the STP, in Krakow on Thursday. "…and the EU still has no comprehensive strategy to protect and support the persecuted European minorities of the Sinti and Roma."

In some EU countries, the situation of the Sinti and Roma is disastrous. "Civil society organizations such as the Central Council of German Sinti and Roma are constantly trying to raise public awareness," Diedrichsen emphasized, criticizing that it is scandalous how the EU fails to protect its minorities from discrimination and tries to hush up the issue of antiziganism. "Under the new President von der Leyen, the EU Commission must finally take action," Diedrichsen demanded. "We need a comprehensive European master plan for the Sinti and Roma." This plan should address means to coordinate measures against antiziganism, but must also include support for initiatives to preserve their culture and language – as well as economic prospects.

August 2, 2019, marks the 75th anniversary of the dissolution of the "Gypsy camp" in Auschwitz in 1944. The celebrations on August 1 and 2, 2019, will take place in Krakow and the nearby memorial site Auschwitz/Birkenau, organized by the Central Council of the German Sinti and by the Roma Association in Poland.