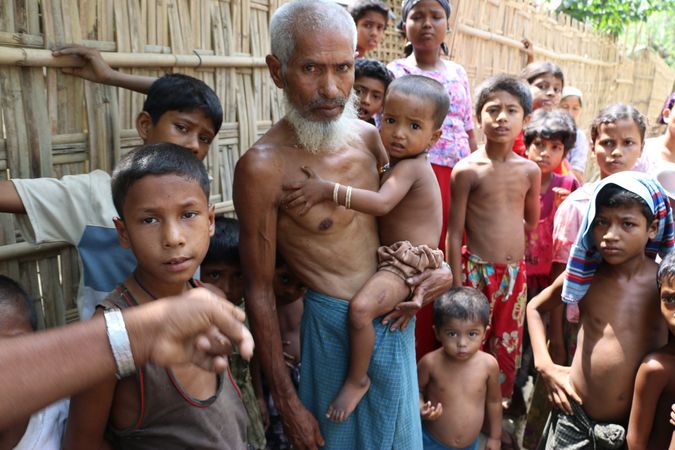 The Society for Threatened Peoples (STP) urges the foreign ministers of Malaysia, Thailand and Indonesia to investigate the fate of 300 Rohingya boat people who were recently forced back into the open sea by the countries’ navies and have now been reported missing. The STP also calls for an international mission to rescue refugees from Burma (Myanmar) – most probably more than 5,000 of them – who are still at sea. "The recent dramatic rescues off the coast of Indonesia have clearly shown that the boat people are starved and weakened. If they are sent back, this is somewhat equivalent to the death penalty," said the STP’s Asia-consultant, Ulrich Delius, in Göttingen on Tuesday. About 2,500 boat people found refuge in the three states during the past ten days – but, since the weekend, there is no sign of life of the 300 boat people who were rejected first by Thailand and later by Malaysia and Indonesia.

Faced with growing international protests, the foreign ministers of the three states will meet on Wednesday – at the initiative of Malaysia – to discuss the refugee crisis. On May 29, there will be a summit in Bangkok: all the states in the region and several international organizations will try to agree on a common approach to handle the refugee crisis. "We welcome the initiative of Malaysia. Every day of waiting will cost even more lives on the refugee boats," said Delius. "If ASEAN is interested in proving its ability to act as a community of states and to handle humanitarian issues together, there must be a rescue mission for the Rohingya boat people to begin with. However, there must also be debates about the causes of the refugee crisis – not only attempts to fight the symptoms of human trafficking." According to the STP, human trafficking could only spread across Southeast Asia because the Muslim Rohingya minority in Burma is disenfranchised, persecuted and economically marginalized.

"If ASEAN continues to watch idly while Buddhist nationalists marginalize not only the Rohingya, but all Muslims in Burma, the mass exodus of the members of this religious community will continue – and even grow worse," warned Delius. Buddhist nationalists of the "969 movement" are propagating new discriminatory laws as a basis for a Muslim-free Buddhist state. The authorities in Burma seem to be willing to take up the nationalist propaganda and to deprive the Muslims of their democratic rights. Last weekend, for example, a national conference of the country’s Muslim population was banned, for the second time already.