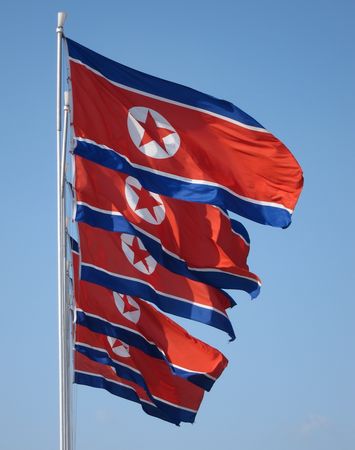 It is absurd that refugees from North Korea are frequently sent back, despite the fact that the country is considered an international pariah. These people are fleeing crimes against humanity – they have to be protected! Photo: John Pavelka via Flickr

In the light of the ongoing dispute regarding the North Korean missile program, the Society for Threatened Peoples (STP) calls for more commitment to human rights and for more measures to help refugees from the totalitarian country. “It is absurd that refugees from North Korea are frequently sent back, despite the fact that the country is considered an international pariah. These people are fleeing crimes against humanity – they have to be protected! However, they are still often handed over to their persecutors and, in consequence, threatened with torture, labor camps, or long-term imprisonment,” said Ulrich Delius, the STP’s director, in Göttingen on Friday. On Thursday, it became known that a nuclear scientist who had fled from North Korea committed suicide after China had sent him back to his home country, where he was detained.

“It is becoming increasingly difficult and life-threatening to try and escape from North Korea. China systematically sends back refugees to their home country – which is to be seen as a violation of international law – and has introduced systematic measures against escape helpers,” Delius criticized. Thus, most of the 62 North Korean refugees who were seized in China between July and November 2017 alone were deported within a few days.

China refuses to grant refugees from the partner country a refugee status, but treats them as economic migrants. “In North Korea, attempts to escape from the republic are treated as crimes – no matter whether the person in question decided to flee because his/her fundamental civil rights were ignored, or for economic reasons. In any case, refugees who are sent back are in acute danger to life and limb,” said Delius.

The nuclear scientist Hyun Cheol Huh had visited relatives who live close to the border with China, and had taken the opportunity to escape to the neighboring country across the river Tumen. On November 4, 2017, he had been arrested – along with other refugees – in Shenyang City, Liaoning Province, after an agent from North Korea had betrayed them to the Chinese authorities. On November 17, Hyun Cheol Huh was deported to North Korea, where he was held in solitary confinement by the state security agency in Sinuiju City. There, he committed suicide.

In recent months, China had taken systematic measures to track down escape helpers in the border region to North Korea, many of them Korean clerics. They had set up a sophisticated network of escape routes to Laos, to enable refugees from North Korea to reach South Korea.