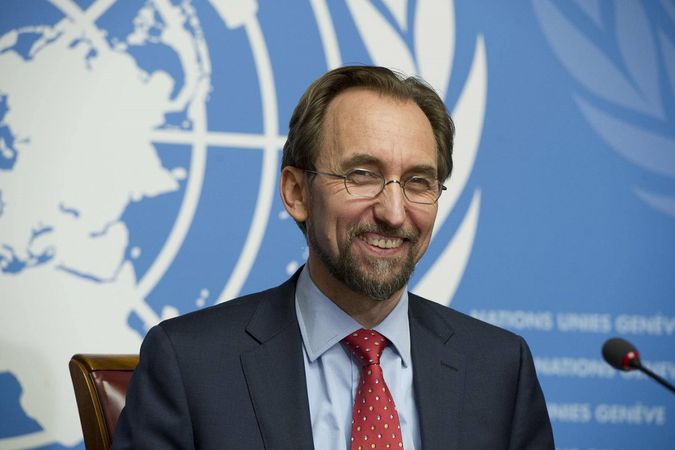 According to the Society for Threatened Peoples (STP), UN High Commissioner for Human Rights Zeid Ra’ad Al Hussein – who is leaving office today – is “a consequent and dedicated human rights advocate”. On Friday, Ulrich Delius, director of the Göttingen-based human rights organization, stated: “Zeid has achieved a lot, and he managed to put several human rights crises on the global political agenda in the first place. He never shied away from criticizing those who are in power. The Jordanian prince really maxed out the possibilities of his office. His clear words were often surprising – and he raised the bar for his successor Michelle Bachelet. The fact that this outstanding and committed human rights advocate did not get a chance for a second term in office says a lot about the importance of human rights in world politics.” Zeid is not known to be especially diplomatic, but soft-pedaling is not exactly helpful in this office.

Zeid did not want to put up with a “side table” on the stage of world politics. During his four years in office, he tried to make a difference in several acute crises, giving a voice to the victims of grave human rights violations. In times where several states tried to limit the action scope for human rights advocates – or even to silence them – his courage was a blessing.

The STP also praised his extraordinary commitment regarding the Rohingya question. Thanks to Zeid, the forced mass exodus of 750,000 Rohingya did not fade into obscurity. It was not the democratic states of the European Union or the US government who repeatedly spoke up on behalf of the refugees, demanding a political solution to the Rohingya conflict. In a groundbreaking human rights report by the United Nations High Commission, UN Secretary-General Antonio Guterres is now demanding an end to impunity for the atrocities committed against the Rohingya – not least thanks to Zeid.

Further, Zeid did not shy away from criticizing US air strikes against the civilian population in Afghanistan or Europe’s refugee policy. “Rarely has a UN High Commissioner been so pro-active and so committed to human rights,” Delius emphasized.