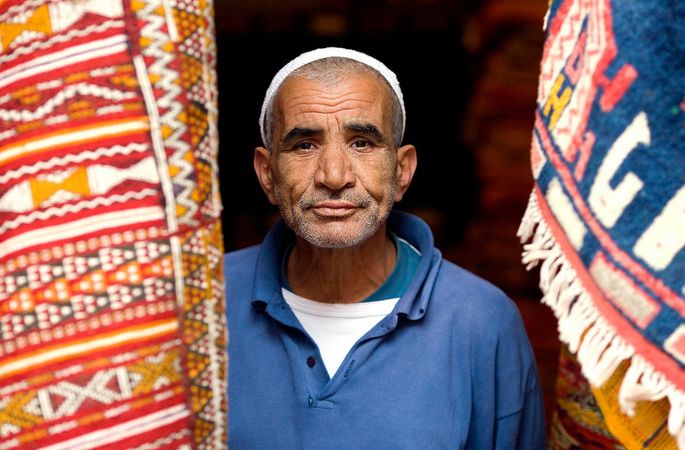 The Algerian government has announced a constitutional reform that includes plans to recognize the Berber language Tamazight as a “national and official language”, which – according to the Society for Threatened Peoples (STP) – is to be seen as an important step towards the recognition of the cultural rights of non-Arab minorities in North Africa. Finally, after 40 years of peaceful commitment of the Kabyle, the Chaoui, the Tuareg and other indigenous peoples in Algeria, there is now a glimmer of hope that Algeria might abandons its Arabization policy and recognize the long-suppressed cultures,” said Ulrich Delius, the STP’s Africa-expert, in Göttingen on Thursday. “However, no matter how welcome the plans are, only the actual implementation of the constitutional reform will show whether Algeria’s leaders are willing to treat the culture and the language of the non-Arab minorities as equal in everyday life.” Algeria’s President Abdelaziz Bouteflika announced the constitutional reform on January 5, 2016. According to Article 3 of the new constitution, Tamazight is supposed to be recognized as an official language, in addition to Arabic.

The STP recalls that Algeria’s leaders might be planning to keep a long overdue promise from the times of the Algerian War of Independence, during which the Berbers – who call themselves “Masir” nowadays – had fought against the French colonial power in the liberation movement FLN at the side of the Arabs (1954-1962). But their promised cultural autonomy was not implemented since Algeria became independent in 1962. Instead, Algeria’s corrupt rulers started a systematic Arabization policy, trying to wipe out any traces of the indigenous Masir culture. When the Masir started a peaceful revolution in 1980 – the “Berber Spring” – with events, strikes and demonstrations, their protests were stopped forcefully. Dozens of activists were arrested and detained, in some cases for years. When the Masir demonstrated for their language once again in 2001, there were brutal crackdowns on the protesters. At least 132 Masir lost their lives and more than 5,000 people were injured. The perpetrators went unpunished until today.

After Morocco, Tunisia and Libya finally decided to recognize the Masir as indigenous members of North Africa, starting in 2011, Algeria is now the last state to follow. “Unfortunately, this long-overdue step is apparently not driven by sense, but by political power calculus,” said Delius. “It seems as if this is an attempt to secure voters for the 79-year-old President Bouteflika, who is in bad health, to help him continue his reign.” About eight million of the ten million Masir in Algeria are still speaking their language, despite government repression. They make up at least 27 percent of the 39 million inhabitants of Algeria.