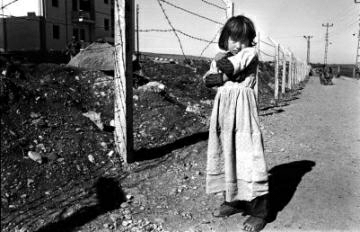 The Society for Threatened Peoples (STP) condemned the attacks by the Turkish air force and army on numerous Kurdish villages in northern Iraq as "outrageous acts of aggression" against the peaceful, autonomous Iraqi Kurdistan. After attacks by the PKK on Turkish soldiers, the Turkish government once again revealed its antagonism against the entire Kurdish people, says the STP, and bombed mountain villages in the Iraqi districts of Sidkan, Nawdash, Rawanduz, Zazawa and Kandil. In addition, attacks last night targeted the province of Hakkari in southeastern Turkey, primarily populated by Kurds.

The mayor of the Iraqi-Kurdish village Zawkly told Kurdish news agency Peyamner that electricity and telephone networks throughout the entire region had broken down. The civilian population sought safety in nearby mountain caves. So far no information is available on the numbers of dead and wounded. Many fields have been destroyed, forest fires have broken out in some regions, and a huge number of livestock have been killed.

"The Turkish government under Prime Minister Recep Tayyip Erdogan is risking a renewed escalation of the war against the Kurds in Turkey and Iraq, despite the peacemaking efforts of Kurdish organizations and Turkish citizens’ initiatives," warned STP founder Tilman Zülch on Thursday in Göttingen. For years the STP has repeatedly pointed out that there can be no military solution to the conflict with the Kurdish population in Turkey. Integration of the 15 million Kurds living in Turkey can only succeed under a federal constitution such as that in Germany, or by the formation of autonomous regions, as seen in Spain.

From the German government, the STP expects a decisive strategy for enforcing the rights of Kurds, releasing the approximately 7,000 Kurdish political prisoners, investigating the 17,000 disappearances –most likely murders – that took place during the civil war of 1984 to 1999, and implementing an EU-supported recovery program for the 4,000 Kurdish villages destroyed during that period. In view of the 800,000 Kurds living in Germany, too, Chancellor Angela Merkel must take a stand for an immediate end to the violence in Turkey.