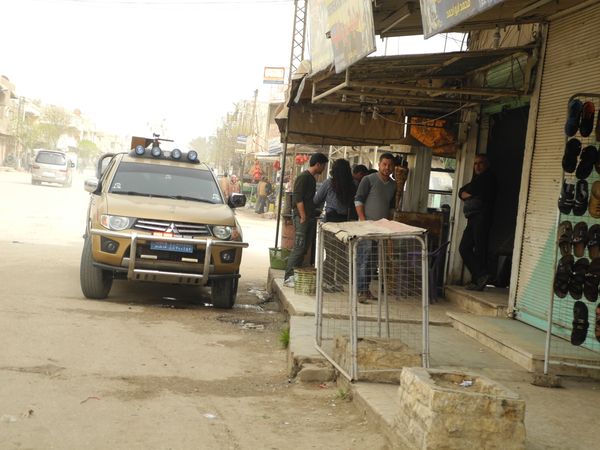 The Society for Threatened Peoples (STP) calls on Federal Foreign Minister Heiko Maas to find clear words for Turkish President Recep Tayyip Erdogan during his visit to Ankara tomorrow. "The foreign minister should clearly point out and condemn the crimes committed by the Turkish army and its allied Islamist militias," demanded Kamal Sido, the STP's Middle East Consultant. "Germany must not accept the ethnic cleansing in the border area between Syria and Turkey, nor the mass expulsion of the member of ethnic minorities." War crimes such as public executions must be investigated and punished – even and especially if committed by a NATO army or an allied militia group.

"Maas must make it clear to the Turkish President that the Turkish invasion will harm the country in the long term," Sido stated. "After all, there are already other reasons to question Turkey's NATO membership." The European Parliament has demanded sanctions against the country as well. These could push the already flailing Turkish economy into an even deeper crisis. Several MEPs called for the establishment of a security zone under United Nations supervision, thus rejecting Erdogan's so-called "protection zone". "The European Parliament has obviously recognized that Erdogan's 'protection zone' is a barely veiled project of ethnic cleansing," Sido emphasized. "The Federal Foreign Minister should be aware of this too."

In the long term, Erdogan's invasion – which is to be seen as a violation of international law – will affect the already difficult relationship between the Kurds and the Turks. "The unilateral escalation by Turkey has already led to new tensions and violence both in the region and in Germany," criticized the Middle East expert. "In connection with the attack on Syria, Erdogan stepped up the repressive measures against the Kurds in southern Turkey. There will be no political solution to the conflict in the near future."