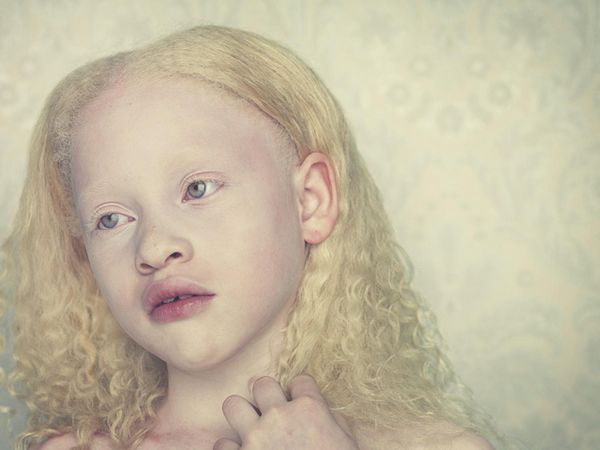 The Society for Threatened Peoples (STP) calls on the UN Human Rights Council – which is currently holding a meeting in Geneva – to ensure better protection for people with albinism. "If the United Nations are planning to help albinos who are threatened with violence, the organization must first clarify its responsibilities. In spite of the recent murders and the ongoing social exclusion, albinos still have no specific point of contact within the human rights bodies of the United Nations," said the STP's Africa-consultant, Ulrich Delius, in Göttingen on Wednesday. The STP called on the Human Rights Council and its 47 member states to introduce a Special Rapporteur for the concerns of people with albinism.

"If this cannot be agreed on, there must at least be an end to the conflict of competence among the UN human rights experts – and it must be clarified who people with albinism can turn to with their concerns," said Delius. "Given the horrific killings in several African countries, it is an absurd situation that there is no one within the most important UN human rights body who feels responsible for them." For years, the UN bodies have not been able to decide which instance is responsible for albinos, whether this is a matter of the struggle against racism or a concern of minority groups, indigenous peoples or of persons with disabilities.

Further, the EU countries must intensify their development cooperation in the rural areas of Eastern, Central and West Africa. Further educational programs are needed to reduce prejudice against people with albinism. Also, health care needs to be improved, since their average life expectancy is only about 30 years. Due to the light pigmentation of their skin, they often suffer from skin cancer – and chronic eye problems make their daily lives even more difficult.

In Tanzania, the situation for albinos is especially dramatic. There are superstitions that albinos' limbs have healing effects, which is why 76 albinos were killed by unscrupulous traffickers since the year 2005. Recently, a child of one and a half years was abducted, maimed and killed in February 2015. Due to "security reasons", the authorities did not allow a public protest action against the ongoing violence against albinos that was planned for Tuesday in the capital Dar Es Salaam, but Tanzania's President Jakaya Kikwete agreed to meet with representatives of the "Albinism Society of Tanzania". In a TV-speech, he addressed the issue and promised better protection for albinos as well as consistent punishment for those who are responsible for the violence.

Still, the violence escalates – not only in Tanzania. In neighboring Malawi, where there are about 10,000 people with albinism, two albinos were in killed in 2014 and about 15 were reported missing. Several NGOs demand Malawi to issue new laws to ensure a better protection for people with albinism.