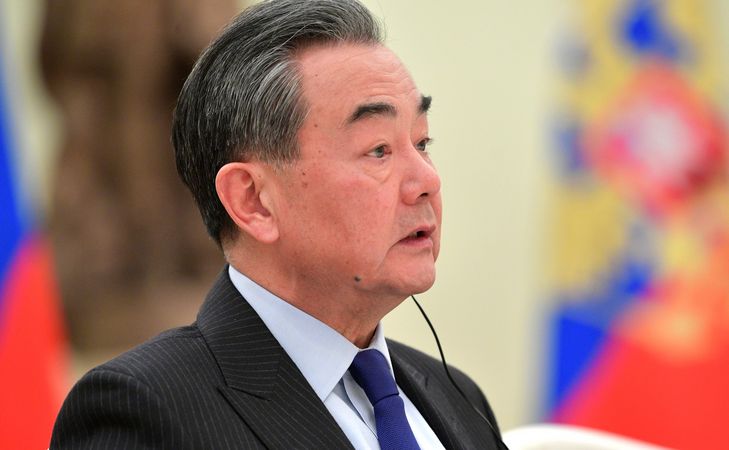 The Society for Threatened Peoples (STP) demands clear words from Federal Foreign Minister Heiko Maas to his Chinese counterpart Wang Yi. Here, he could follow his own example: "Thankfully, Mr. Maas criticized the human rights violations in Belarus and demanded more pressure and targeted sanctions against those who are responsible for the violence," stated Hanno Schedler, STP expert on genocide prevention and the Responsibility to Protect. "The same must apply to China's human rights violations. If he really considers human rights and freedom rights to be of key importance, Maas should also find clear words during his meeting with Wang Yi!" However, the fact that Germany has so far largely remained silent about the genocide crimes against the Uyghur and Kazakh population of Xinjiang mocks the claim of pursuing a value-based foreign policy.

Tomorrow, September 1, is the last day of Chinese Foreign Minister Wang's visit to Europe. He visited Italy, the Netherlands, Norway, and France – among other things to denigrate protesters in Hong Kong and to paint a favorable picture of the oppressive regime in Xinjiang. "The German government should not give him a stage for these lies," Schedler criticized. "The secrecy in the run-up to the talks and the fact that the meeting was relocated to the sealed-off Villa Borsig are symptomatic of Berlin's inappropriate concessions.

Further, by not speaking up for human rights and the rule of law, Germany is failing to support those who are committed to these values in China and elsewhere. "Instead of using the EU Council Presidency to lead a strategic alliance with regard to human rights issues, the German government is obviously trying to slow things down," Schedler stated. "But if Europe's biggest economic power remains silent, how are smaller EU states supposed to raise their voices?"

Together with the Uyghur and Tibetan communities in Germany and several members of the German Bundestag, the STP is organizing a demonstration for tomorrow, Tuesday, in front of the Foreign Office. "We would like to draw attention to the persecution of politically committed people in Hong Kong and of Tibetan nuns and monks," Schedler stated. "…and we have not forgotten the oppression of the Christian community and the Falun Gong practitioners. We should not be fooled by the smiling face of a state that separates children from families, bans their language, puts people in camps and forcibly sterilizes them: China's ongoing human rights violations must be condemned!"

The invitation to tomorrow's human rights action can be found here.

Contact: Hanno Schedler, expert on genocide prevention and the Responsibility to Protect