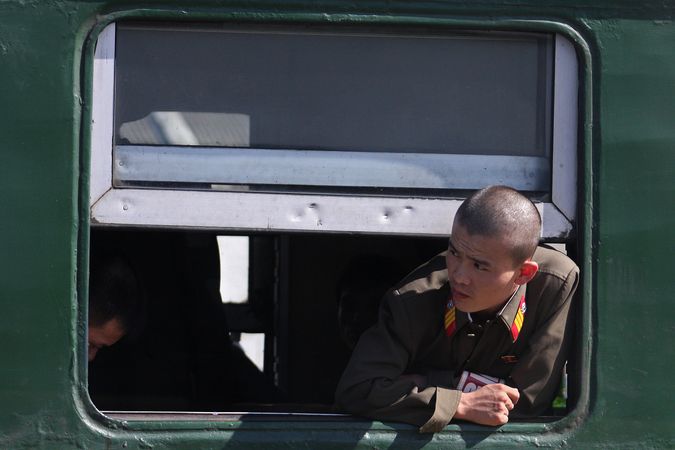 Many North Koreans are trying to leave the country because of ongoing crimes against humanity, and because they are not free to practice their religion. Photo: Roman Harak via Flickr

The Society for Threatened Peoples (STP) demands better protection for refugees from North Korea. The human rights organization appealed to the authorities of neighboring China not to send back refugees from North Korea any more – as they are facing forced labor, torture, imprisonment, or even the death penalty in their home country. At the moment, there are at least 15 refugees detained in China, threatened with being deported to North Korea. According to the STP, China has sent 70 North Korean refugees back to their home country between April and August 2017. “Anyone who decides to send back refugees to North Korea is violating the Geneva Convention on Refugees because they are threatened with the death penalty there – based on charges of attempting to leave the state,” Many North Koreans are trying to leave the country because of ongoing crimes against humanity, and because they are not free to practice their religion,” explained Ulrich Delius, the STP’s director, in Göttingen on Friday.

So far, China’s government has refused to provide shelter for refugees from North Korea. As the Chinese Foreign Ministry spokesman Lu Qiang stated in a press conference on July 24, 2017, anyone who crosses the border to China will treated as an illegal immigrant. Earlier, the UN Special Rapporteur on Human Rights in North Korea, Tomas Ojea Quintana, had demanded a ban on deportations of refugees from North Korea. In their home country, the refugees have to fear for their lives since, in 2010, the North Korean Ministry of National Security decided that attempts to leave the country were to be seen as crimes of treason – which can be punished with the death penalty.

“In China, anyone who helps refugees from North Korea is in acute danger as well,” explained Delius. People who try to help refugees are not only threatened to be arrested by the Chinese police, they also have to fear for their lives. Recently, a North Korean woman admitted to have – by order of the North Korean intelligence service – monitored the activities of the Chinese pastor Han Chung Ryeol in Changbai City, who helped refugees in China. He had been murdered in April 2016, and the circumstances of his death are still uncertain.