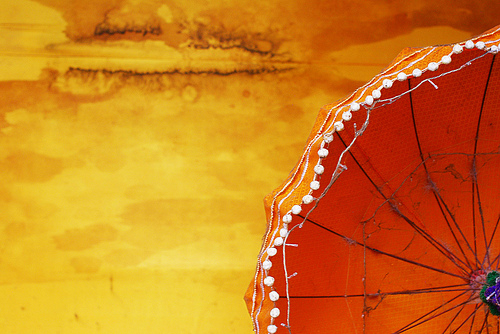 The Society for Threatened Peoples (STP) sent a note of protest to the government of Cambodia because security forces had seriously abused Buddhist monks of the Khmer Krom minority in the course of a demonstration by textile workers who are on strike. "On January 20, 2014, five monks who belong to the Vietnamese ethnic minority were singled out during the demonstration in the capital of Phnom Penh and mistreated by the security forces," explained the STP's Cambodia-expert Judith Kunze after speaking to the victims in Phnom Penh. They could only be set free because their abbot and the United Nations had advocated for them.

On January 2, around noon, military policemen had singled out the monks Vichet Meas, Lay Lat, Sarey Rattanak Kong, Chantou Kong and Ha Samang Thach from the group of protesters at the gates of the Canadia Industrial Park in Pur Senchey and beaten them to the head, the abdomen and the back with batons. They were brought to a military area in Kambol district. The military police there accused them of being fake monks and demanded them to take off their clothes. When they refused, they were forced to have pictures taken of them holding regular street clothes, drugs and condoms. The five monks were also forced to sign a prepared explanation in which they vowed not to take part in any more demonstrations.

Together with a United Nations employee, the abbot of their monastery managed to access the military base and to have them released from custody around midnight.

In Cambodia, the Khmer Krom monks often take part in demonstrations and have been advocating for human rights and a democratization of the country for quite a while. There are about 200,000 Khmer refugees from South Vietnam living in Cambodia. In Vietnam, the ethnic minority suffers from serious human rights violations too. The authorities deny that the minority group even exists. Their language and culture are suppressed and they are kept from practicing their faith. But the Khmer Krom can not even rely on protection in the neighboring country Cambodia. By approval of the Cambodian authorities, the Vietnamese security forces are able to spy on the refugees and pressurize them. Cambodia even refuses to issue documents of identity for them, although they are entitled to citizenship rights.