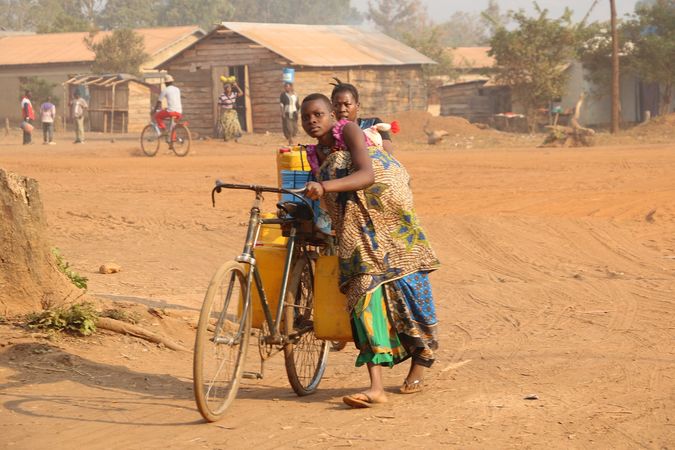 The STP emphasized that a mass exodus from Burundi is to be expected if the human rights situation does not improve. Over the past two years, about 380,000 people have fled Burundi, Photo: EU/ECHO/Anouk Delafortrie via Flickr

On occasion of the beginning of the Burundi Peace Talks, the Society for Threatened Peoples (STP) would like to draw attention to the catastrophic human rights situation in the East African country. The STP accuses Burundi’s government of stoking fears of a genocide by systematically silencing the leading human rights organizations of the country, where the vast majority are Hutus. Further, the STP criticizes the systematic arrest of military personnel who belong to the population group of the Tutsi. “Burundi’s political leaders have repeatedly tried to instrumentalize issues of ethnicity in the conflict between the Hutu and the Tutsi to secure their power. They are playing with fire,” said Ulrich Delius, the STP’s Africa consultant, in Göttingen on Thursday.

Recently, 25 Tutsi soldiers (from five military bases across the country) were arrested following an attack on a military camp on January 24, 2017. Only two days later, seven soldiers were sentenced to 30 years in prison in an unfair trial. Since 1962, there have been three waves of mass killings in Burundi, with a total number of about 400,000 victims on both sides.

The STP emphasized that a mass exodus from Burundi is to be expected if the human rights situation does not improve. Over the past two years, about 380,000 people have fled Burundi. According to the United Nations, the number of refugees will probably increase to 500,000 in 2017.

As of today, there will be several days of talks in Arusha – under the mediation of the former Tanzanian President Bejamin Mkapa – as an attempt to resolve the political crisis and the civil war in Burundi. The problems had started in April 2015, when the President of the State, Pierre Nkurunziza, had announced to stand for the highest state office once again. Since then, hundreds of members of the opposition as well as human rights activists were forced to flee abroad, due to persecution and brutal crackdowns on protests.

“The mediation talks started under a dark cloud, as Burundi’s government decided to boycott the event. The talks are very likely to fail. Nonetheless, the international community should not let up on its commitment to democracy and the rule of law in Burundi,” Delius said.