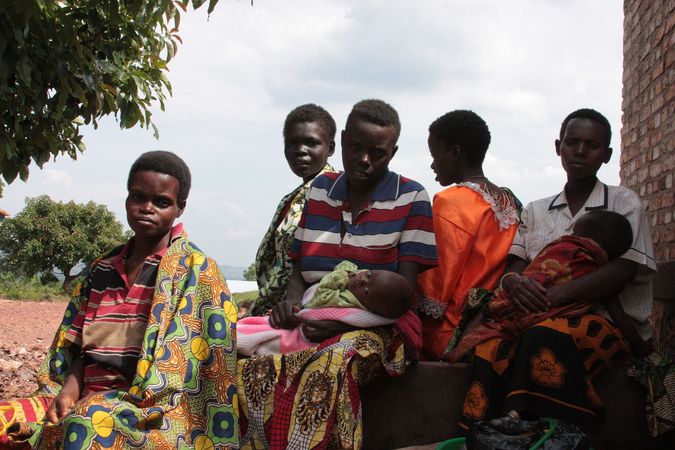 About 40 percent of the 11.2 million people living in Burundi are dependent on humanitarian aid. Photo: European Commission DG ECHO via Flickr

The Society for Threatened Peoples (STP) has accused Burundi’s government of deliberately downplaying the extent of the imminent hunger catastrophe and, thus, putting the lives of tens of thousands of people at risk. The human rights organization demands more international commitment to resolve the crisis in Burundi and to provide more humanitarian aid to the 384,000 refugees in the neighboring countries. “It is a scandal that there is almost no support for refugees from Burundi. So far, only a fraction of the funds required for 2017 have been made available,” criticized Ulrich Delius, the STP’s Africa-consultant, in Göttingen on Monday. “If the European Union (EU) intends to combat the causes of flight to reduce the influx of refugees to Europe, Africa’s countries must not be left alone with the task of taking care of displaced people.” In Burundi, the cultivation and harvesting of crops has been perturbed by a long-lasting drought in the east of the African continent, by the civil war-like situation, and by the severe and arbitrary human rights violations.

Since the escalation of the Burundi crisis in April 2015, about 224,000 refugees from Burundi have found shelter in Tanzania, 84,000 in Rwanda, 44,000 in Uganda, and 32,650 in the Democratic Republic of Congo. The United Nations High Commissioner for Refugees (UNHCR) assumes that the exodus from the East African state will continue, and that about 500,000 people will have left the country by the end of the year. This year, the UNHCR needs 214.5 million US-Dollars to take care of the refugees, but the African Union has so far only provided 100,000 Dollars.

About 40 percent of the 11.2 million people living in Burundi are dependent on humanitarian aid. Around 900,000 people are in desperate need of food aid to survive. Nearly 50 percent of all children between the ages of six months and four years are chronically malnourished. As a result of the escalation of violence, prices have exploded – and families now have to spend up to two-thirds of their income on food.

Despite the disastrous supply situation, Burundi’s government is not willing to refer to the situation as an imminent hunger catastrophe. According to government representatives, there is merely a temporary “deficit” in agricultural production. “The World Security Council should warn Burundi’s government not to hold up or block aid deliveries, as this could be seen as a crime against humanity,” Delius stated. “The World Security Council should pay more attention to the crisis in Burundi crisis and urge the country to cooperate with the UN.”