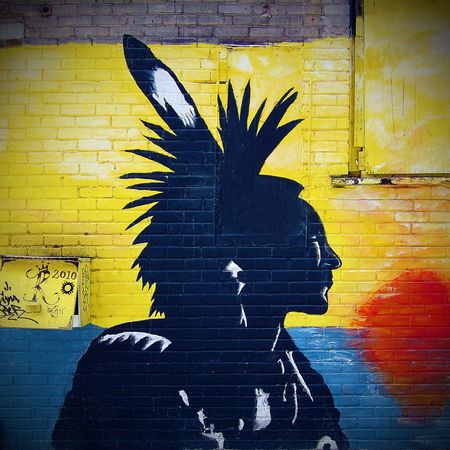 Shortly before the beginning of the debate on the Canada-European Free Trade Treaty CETA (Comprehensive Economic and Free Trade Agreement) next Friday in Brussels, the Society for Threatened Peoples (STP) points out that the envisaged agreement will affect the rights of the indigenous communities in Canada. On Thursday, the STP’s indigenous peoples expert in Göttingen warned: “Measures to simplify trade must not put Canada’s native people at a disadvantage. The First Nations, the Inuit and the Métis are desperately protesting against a far-reaching destruction of their traditional land and against water pollution caused by the massive exploitation of natural resources – such as oil from tar sands in Alberta, Canada. Nevertheless, CETA is also supposed to facilitate oil exports. If the agreement is signed, the countries of the EU will be responsible for the fate of the indigenous communities in Canada as well, and they will have to admit to be drawing benefit from a massive environmental degradation.”

Originally, the EU had intended to raise objections against the import of oil from tar sands – but had then decided not to after Canada’s government under Prime Minister Stephen Harper announced plans to initiate damages actions. Now, representatives of the European governments are meeting up with the EU Commission in Brussels to try and find a way to adopt the CETA agreement in October without much hassle – and to implement the agreement without the national parliaments having to approve of the whole process.

By the end of this decade, more than one million barrels of gasoline and diesel could be shipped from Canada’s east coast to Europe every day. Oil from Alberta is supposed to be transported to the east coast through the Energy-East pipeline – over a distance of more than 4,600 kilometers – where it is to be refined. The pipeline is supposed to be built on the land of numerous indigenous communities, all of which oppose the project. Among other things, they fear that – due to the length of the pipeline – leaks might not be detected quickly enough, thus leading to pollution.

“The election campaign of the new Canadian government under Justin Trudeau – elected in October 2015 – had focused especially on environmental protection and climate protection. Another important aspect was respect for the rights of the about 1.4 million members of the First Nations, the Inuit and the Métis,” Bangert recalled. “Now the EU must stick to the promises. The trade agreement, which was negotiated with the previous government, must at least be revised with regard to the indigenous communities. After all, the EU must stick to its guideline of only signing international agreements with partners that respect the human rights of their minority groups.”