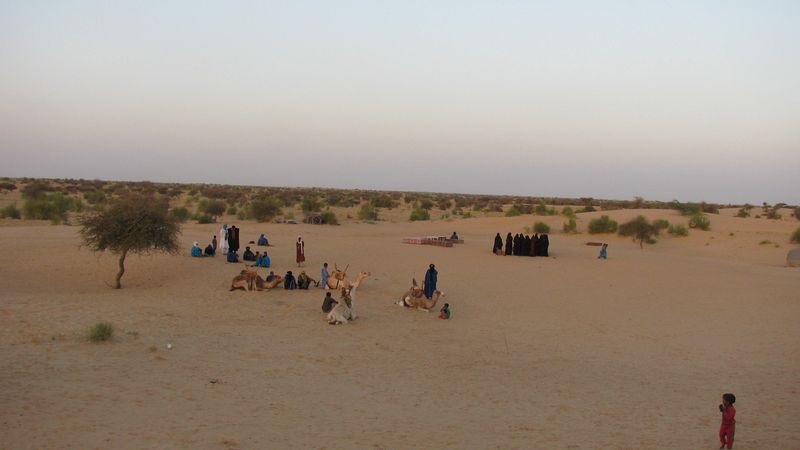 It is especially the Tuareg and the Peulh who are suffering from the increasing violence in the center and the north of Mali. Photo: Leslie Lewis via Flickr

On the occasion of the G5 Sahel summit in La Celle-Saint-Cloud near Paris this Wednesday, the Society for Threatened Peoples (STP) warns that human rights and the rule of law must not be neglected in the course of measures against terrorism in the Sahara. There should be more initiatives to train soldier with regard to human rights issues, the civilian population should be better protected, and the judiciary and police forces should be strengthened, so as to ensure compliance with the laws, the human rights organization stated.

“In Africa, the mistakes that were made in the global struggle against terrorism since 2001 should not be repeated. It is not only terrorists who kill – regular soldiers do so as well,” said Ulrich Delius, the STP’s director, in Göttingen. “The summit should not only address the financing of the anti-terrorist measures, but also guarantee protection for the civilian population.”

The Summit will be attended by the heads of state and the governments of France, Mali, Mauritania, Burkina Faso, Niger, and Chad, as well as by German Chancellor Angela Merkel. The summit will focus on the financing and the establishment of a joint anti-terror force, which had been agreed on by the heads of state on November 20, 2015. France will also advocate for a quicker implementation of the peace treaty between the Tuareg and the Malian government.

“It is especially the Tuareg and the Peulh who are suffering from the increasing violence in the center and the north of Mali,” Delius reported. It was only last Sunday that six Tuareg were killed in a raid by armed Islamists near Timbuktu. The day before, the bodies of five abductees had been found. The victims had worked for a Chinese company. “However, it is not only the Islamists who are guilty of violent attacks. There are also arbitrarily arrests by regular soldiers; civilians are tortured and murdered, and there are raids aimed at breaking up terrorist groups,” said Delius. It is especially the Peulh who are often accused of supporting armed Islamists.

The STP criticizes that the crimes committed against the civilian population in northern Mali since 2012 have still not been legally processed in a credible manner. Thus, sexual assaults against Tuareg and Peulhs, committed by Islamists, have not yet been punished, although there are many witnesses. “Without justice, there will be no lasting peace in northern Mali. In order to secure peace, it is not enough to send soldiers. There must be immediate measures to strengthen the police and the judiciary,” said Delius.