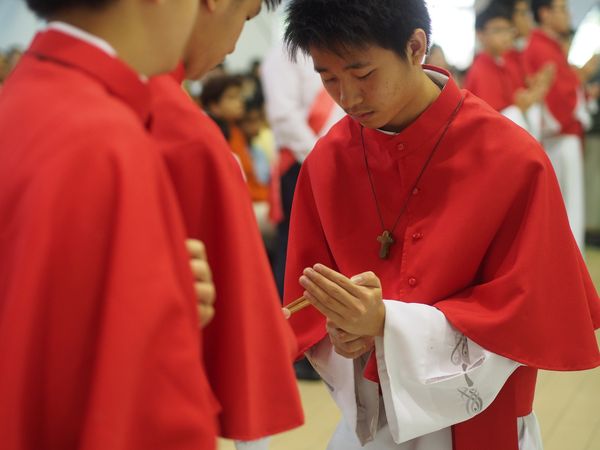 The Society for Threatened Peoples (STP) is disappointed by the first interview in which Pope Francis spoke about China. “We understand that the Pope is trying to improve the relations with the Chinese government, which have been tense for decades. However, focusing on practical politics in the dialogue with China should not mean that attacks against Christians can be tabooed. This applies not only to Western politicians – who are increasingly avoiding the delicate issue of human rights and the denial of religious freedom in Beijing – but also for leading representatives of the churches,” said Ulrich Delius, the STP’s Asia-consultant, in Göttingen on Thursday.

Just a few days after the publication of the interview on January 28, the authorities had crosses removed from three churches in the province of Zhejiang on Wednesday morning. The campaign against officially recognized Christian churches in China started in 2014. Since then, around 1,700 crosses have been forcibly removed from churches in the coastal province. A total number of 18 churches were desecrated in this way during the past two weeks alone. “As more and more Chinese citizens are turning to Christianity, the Communist Party fears to lose power – leading to attempts to restrict the freedom of religion,” warned Delius.

In his interview for the Hong Kong-based “Asia Times”, Pope Francis neither mentioned these offenses, nor the recent arrests of church representatives. Instead, he spoke very diplomatically – stating that the world should not be intimidated by the rise of the People's Republic. Further, the Holy Father expressed his admiration for the country and its “great culture”.

For Cardinal Joseph Zen, the emeritus Archbishop of Hong Kong, the campaign against crosses on church buildings is reminiscent of the dark days of the Cultural Revolution – a “step back” into the worst times of persecution against Christians, as he said in August of 2015. “The cross is the symbol of our faith. If the authorities remove the crosses, this is an insult to our faith and a violation of our rights guaranteed by the Chinese constitution,” said the cardinal.

The Vatican is working hard to improve its relations with the People’s Republic. In January 2016, there had been talks with Chinese diplomats: preparations to resume the diplomatic relations, which had been interrupted since 1951. One of the most contentious topics is the appointment of bishops, which Beijing claims responsibility for. According to estimates, there are up to 100 million Christians living in China today.