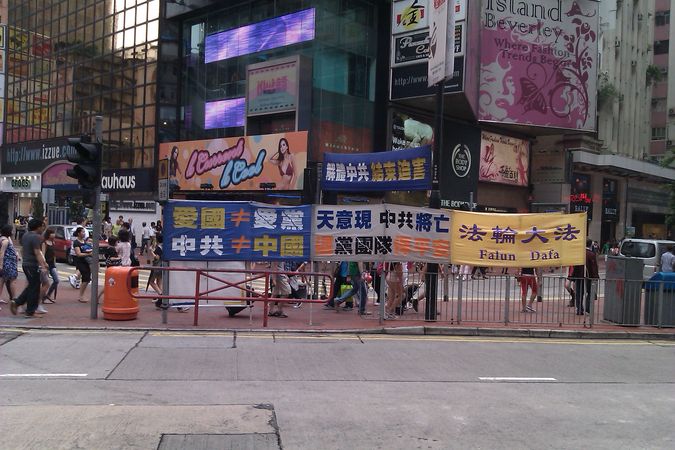 The Society for Threatened Peoples (STP) condemned today's trial against human rights lawyer Wang Quanzhang as an unfair trial, as an attempt to intimidate courageous lawyers who dare to advocate for vulnerable and persecuted people in China. Picture: TheWriterhk via Wikimedia CC BY-SA 3.0

The Society for Threatened Peoples (STP) has accused China of systematically using the celebration of Christmas to lock up prominent human rights activists for years, trying to avoid major international protests. Thus, the human rights organization condemned today's trial against human rights lawyer Wang Quanzhang as an unfair trial, as an attempt to intimidate courageous lawyers who dare to advocate for vulnerable and persecuted people in China. From the viewpoint of the STP, the lawyer – who is facing imprisonment for allegedly trying to undermine state security – must be released immediately. "The way China is using the celebration of Christmas to get rid of prominent critics is scandalous and cynical," stated Ulrich Delius, the STP's director, in Göttingen on Wednesday.

The STP recalled that the prominent human rights activist Wu Gan had been sentenced to eight years imprisonment around Christmas 2017, and the late Nobel Peace Prize winner Liu Xiaobo had also been imprisoned on Christmas Day, in 2009. "China's foul play is easy to see through. But those who think that they can use the festivities as a pretext to silence respected human rights activists must learn that serious human rights violations like this will not go unnoticed internationally," Delius emphasized.

Wang Quanzhang has been detained since July 2015. According to the STP, the fact that his trial was scheduled for Christmas – under exclusion of the public – shows how arbitrary the proceedings are. His case had been pending in court for two years, while his lawyer and his wife Li Wenzu were denied access to the case files. "This is not what justice and a rule of law are about. The trial is unfair, and it contradicts all international standards of fair jurisdiction," Delius criticized.

As a lawyer, Wang was committed to justice for persecuted Christians and practitioners of the Falun Gong meditation movement. He is considered one of the most prominent victims of a new initiative of China's state security against independent lawyers and human rights activists, launched in the summer of 2015. Around 300 lawyers, legal advisers, law firms and human rights activists have since been arrested. Many were sentenced to prison terms in unfair trials or have lost their attorney's license.