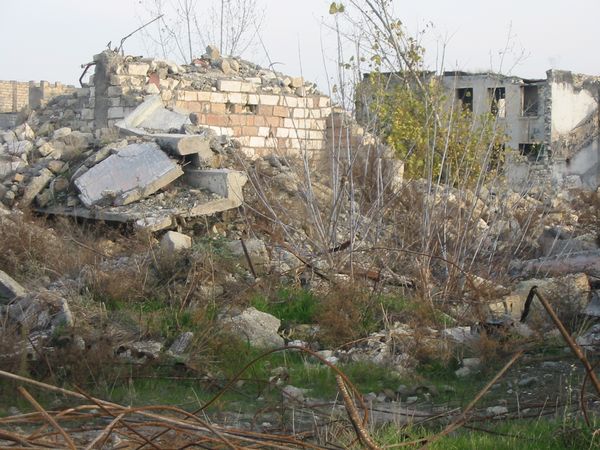 The outbreak of violence in Nagorno-Karabach was one of the bloodiest since the ceasefire agreement of 1994. © Photo RNW.org

The Society for Threatened Peoples (STP) demands that Germany must use the OSCE chairmanship as an opportunity for a new peace initiative in the conflict over the Armenian enclave of Nagorno-Karabakh. Last weekend, a new outbreak of violence – one of the bloodiest since the ceasefire agreement of 1994 – claimed at least 32 lives on both sides, soldiers and civilians. And, as both sides reported, the fighting continued this morning. At least 18 people got killed over weekend on the Armenian side, and twelve on the territory of Azerbaijan – including the twelve year old Armenian Warinak Grigorian from the district Martuni. In 2014, ten soldiers had lost their lives over a period of three days. The conflict over Nagorno-Karabakh is one of the long-standing unresolved crises in Europe. Between 1992 and 1994, about 38,000 people died in the war over the enclave, and more than 1.1 million were displaced. It was not possible to negotiate a sustainable peace agreement, despite the efforts of the Minsk Group. From the viewpoint of the STP, however, this would be all the more important against the backdrop of the global conflict situation.

Azerbaijan’s Minister of Defense, Zakir Hasanow, stated that several areas had been “liberated”, mentioning Aghdere, Tartar, Aghdam, Khojavend and Fizuli, which are located along the so-called “line of contact”. So far, the 110-mile long truce line between Karabakh and Azerbaijan – with about 20,000 soldiers on both sides – was monitored by only six unarmed OSCE observers. If the line really had been changed, this would have far-reaching consequences, but the news could so far not be independently confirmed. The line of contact is guarded with heavy weapons such as combat helicopters, drones and aircraft, which could cause massive destruction within a short period of time.

Unfortunately, Russia is playing an ambivalent role in the conflict, thus causing it to continue. On the one hand, the Russian Federation provides most of the arms for Azerbaijan. On the other hand, Russia also serves as Armenia’s protection power, supplying weapons as well. According to the latest report from the Stockholm International Peace Research Institute (SIPRI), Azerbaijan’s arms imports have increased by 217 percent between 2010 and 2015. Baku ordered modern T-90S-tanks, air defense systems and missile launchers in Russia. However, Moscow has also provided Armenia with weapons – and at favorable conditions: The country was granted a loan of 200 million dollars for the purchase of Russian weapons.

Russia is trying to gain influence in the region. Armenia is dependent on Russia: economically, in terms of energy supplies, and – increasingly since 2012/2013 – also politically. Parts of the political leadership and the society favor a closer association to Europe, but this is becoming increasingly difficult, as Azerbaijan is becoming more and more authoritarian – and human rights are trampled underfoot. Traditionally, Baku keeps up close relations with Turkey. This power struggle has raised concerns that the region might be facing a proxy war between Turkey and Russia, which have been feuding since the fall of 2015. So far, statements from Russia seemed to focus on calming down the situation. However, there has been harsh rhetoric from Turkey.

The OSCE is the only international organization that has so far been involved – and, according to the STP, should continue to work very hard. Nonetheless, there has to be a change in strategy: The so-called Minsk Group has always refused to negotiate about the future of Nagorno-Karabakh with the region itself, as it is an internationally unrecognized entity. Also, representatives of the civil societies of from Karabakh, Armenia and Azerbaijan were not included. Now, in the term of German Presidency, everything must be done to bring the warring parties together and to find a solution that is mutually acceptable. The accusations of deliberate killings, attacks and breaches of the contact line must be investigated by independent OSCE experts as soon as possible. The negotiations must focus on a consistent demilitarization of the contact line and the surrounding areas.