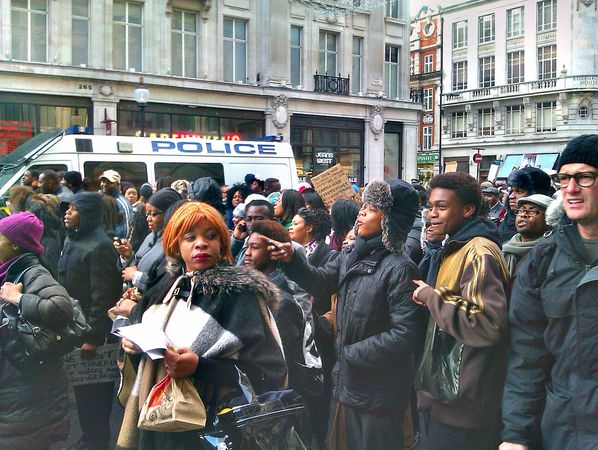 In the capital Kinshasa and other cities, the authorities regularly restrict the right to freedom of expression and the right to demonstrate. Photo: Wooly Matt via Flickr

The Society for Threatened Peoples (STP) accuses the authorities of the Democratic Republic of the Congo of systematical restrictions on the freedom of expression and of arbitrary arrests of regime critics. The human rights organization strongly demanded the release of more than 40 demonstrators who had been arrested in the city of Beni (North Kivu) on Wednesday, in connection with a protest march against massacres and against the lack of protection for the civilian population.

“By suppressing legitimate protests, Congo’s government is not only ignoring democratic civil rights and liberties. It is obviously also unwilling or unable to protect its own civilian population from attacks by militiamen and the security forces,” criticized Ulrich Delius, the STP’s director, in Göttingen on Thursday.

Earlier this week, a three-day general strike had brought public life to a standstill before the security forces broke up the demonstration in Beni. The civilian population had closed down shops and schools as a means to draw attention to the ongoing attacks of militiamen.

The streets around Beni are considered unsafe. Again and again, there are serious attacks on travelers. On April 20, 2018, six civilians were murdered after being ambushed by suspected fighters of the Ugandan rebel group Allied Democratic Forces (ADF) in the vicinity of Beni. At the end of March 2018, alleged ADF fighters had even attacked the city directly, taking civilian hostages and causing a shootout with the security forces. The three hostages and seven other civilians were killed – including a child that was strangled by the attackers.

In the capital Kinshasa and other cities, the authorities regularly restrict the right to freedom of expression and the right to demonstrate. Dozens of Catholics who were arrested during anti-government protests in late December 2017 and January 2018 are still being held in prison, although the government had promised to set them free.