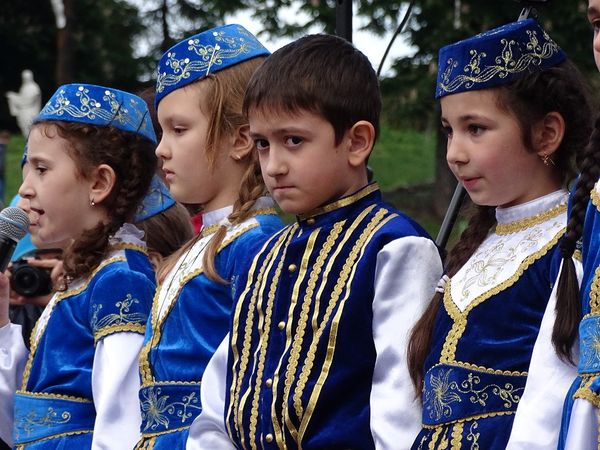 The Crimean Tatars are suppressed by Russia. Photo: Adam Jones via Flickr

Three years after the Russian annexation of Crimea, the approximately 280,000 Crimean Tatars living on the peninsula are still suffering from persecution, discrimination, and fear. According to the Society for Threatened Peoples, the members of the Muslim minority group – most of whom had returned from exile fairly recently, after the disintegration of the Soviet Union in 1991 – are again suppressed by Russia. The human rights organization has published a 27-page report about the human rights violations against the Crimean Tatars that occurred last year, and about Moscow’s efforts to influence social life in Crimea, as an attempt to “russify” the peninsula by isolating it from the Ukrainian mainland. The 26th of February has a special significance for the Crimean Tatars. On this day in 2014, thousands of Crimean Tatars had gathered in Simferopol to protest against the imminent occupation by Russia. Since then, about 30,000 Crimean Tatars have fled from the peninsula.

“The biggest blow against the Crimean Tatars in 2016 was that the Mejlis was labeled as an ‘extremist organization’ and that all further activities of this body – which could be considered as the ‘government’ of the Crimean Tatars – were prohibited. Thus, Russia destroyed their most important institution,” says the memorandum. “These and other repressive measures – such as massive identity checks ‘non-Slavic’-looking people – served to stigmatize the Crimean Tatars as ‘extremists’ and ‘Islamists’, suggesting that they might be a threat to peace on the peninsula. Arbitrary house searches caused even more fear and antipathy against the minority group,” warned STP-representative Sarah Reinke, the author of the report.

In 2016, the STP registered three cases of members of the opposition who “disappeared”, as well as six long-term prison sentences following unfair trials. Without real evidence, four Crimean Tatars were accused of being members of the Muslim organization “Hibut Tahrir”, which had been banned in Russia but not in Ukraine. Further, two Ukrainians had tried to oppose the Russian annexation. One of them was tortured in detention, the other was condemned for alleged terrorism. In 32 cases, new criminal proceedings were opened. Seven people were forced to undergo a psychiatric examination, including the prominent Crimean civil rights activist Ilmi Umerov. More than 177 people were arrested and submitted to criminal identification, more than 90 per cent of them Crimean Tatars. They fear that their data could be used in further criminal proceedings. Further, the secret service and the police carried out 50 searches of houses and apartments (mostly belonging to Crimean Tatars), mosques, and other buildings.