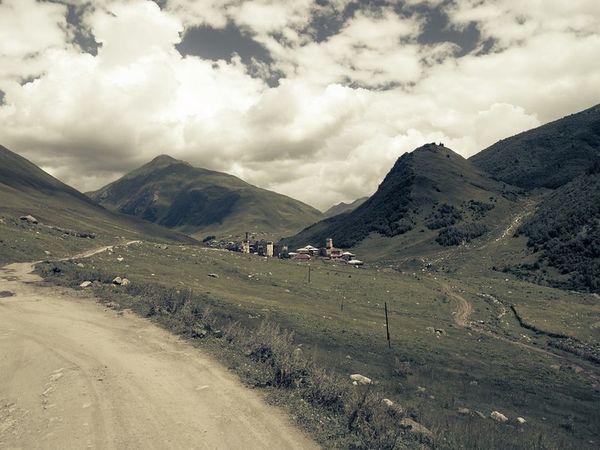 On February 23, 1944, Stalin's troops deported around 500,000 Chechens and members of other population groups of the Caucasus. . Picture: tjabeljan via Flickr (CC BY 2.0).

On February 23, 1944, Stalin's troops deported around 500,000 Chechens and members of other population groups of the Caucasus. At least one third of them died due to hunger, cold, disease, and maltreatment. "For years, Chechen President Ramzan Kadyrow has been trying to manipulate the commemoration of the mass deportation of Chechen people under Stalin and to redefine historical events," warned Ulrich Delius, Director of the Society for Threatened Peoples (STP), on the occasion of the anniversary. "The deportation and the memory of it are part of the Chechen identity. Kadyrov has no right to take this memory away from the people.

In 2011, Kadyrov had arbitrarily moved the Day of Remembrance to May 10, probably because of the murder of his father Akhmad Kadyrov on May 9, 2004. Russia traditionally celebrates the victory over fascism on May 9. Thus, it was not possible to commemorate the deportation on the same day. In 2008, the Kadyrov government tried to move the monument to the deportees near a former waste disposal site. Many people in Chechnya protested against the removal of the monument, which had been erected in the center of Grozny in 1992. The human rights activist Nataliya Estemirova from the renowned organization Memorial had actively protested against the relocation. She had been kidnapped in Grozny on July 14, 2009 and was found murdered on July 15.

Those who stand up for human rights in Chechnya are still in danger, Delius explained. Not even three weeks ago, on February 6, 2020, Yelena Milashina was beaten and kicked in Grozny. The journalist from Novaya Gazeta had reported on the killing of 27 young men in 2017, on the arrest of more than 100 homosexuals (and the murder of three) throughout Europe. She had also tried to report on a trial of a blogger.

The deportation memorial was "renovated and restored" in 2014. In the process, many of the gravestones of which it is composed were damaged or completely destroyed. Other parts were arbitrarily moved to a new location. In September 2019 it was decided to move the gravestones near to a new shopping center. "The way the gravestones – which mean a lot to the descendants – were treated is a disgrace," Delius emphasized. "The people of Chechnya have the right to remember the greatest crime in their history and to honor the dead. The fact that Kadyrov wants to deprive them of their right shows how inhumane his rule is."

Contact: Ulrich Delius, Director of the Society for Threatened Peoples