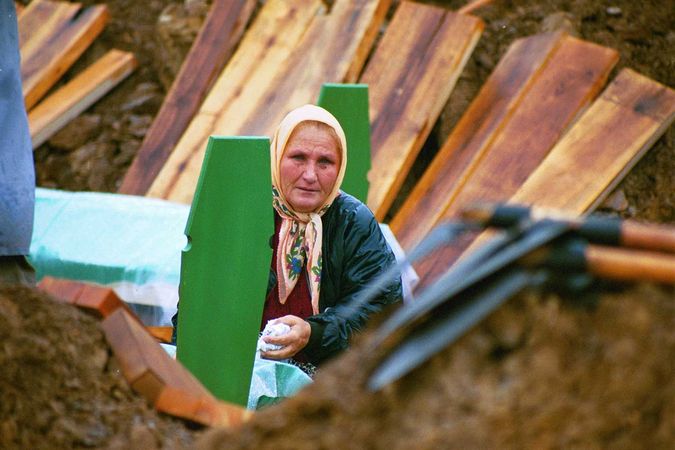 In July 1995 Serbian troops killed 8.372 Bosnians in the UN- protection zone Srebrenica. The inhabitants of Srebrenica gave there lives in the hand of the Dutch blue helmets. Photo: The Advocacy Project via Flickr

The Society for Threatened Peoples (STP) has expressed disappointment over the judgment of the Court of Appeal in The Hague regarding the question whether the Netherlands were partly responsible for the Srebrenica massacre. “All the people living in Srebrenica had put their lives into the hands of the Dutch blue helmets, not just a few hundred,” the Göttingen-based human rights organization stated on Tuesday. “The fact that the Dutchbat is only blamed for expelling 300 people from their camp, thus driving them into the hands of the Serbian troops, is a slap in the face of the survivors. The families of all the victims must be compensated!”

In July 1995, the Serbian troops murdered 8,372 Bosniaks in and around the former protection zone of Srebrenica – and ex-General Ratko Mladic is standing before the UN War Crimes Tribunal in The Hague for these genocide crimes. The verdict is expected for the end of 2017. The former Serb leader Radovan Karadzic has already been sentenced to 40 years in prison, as he was politically accountable.