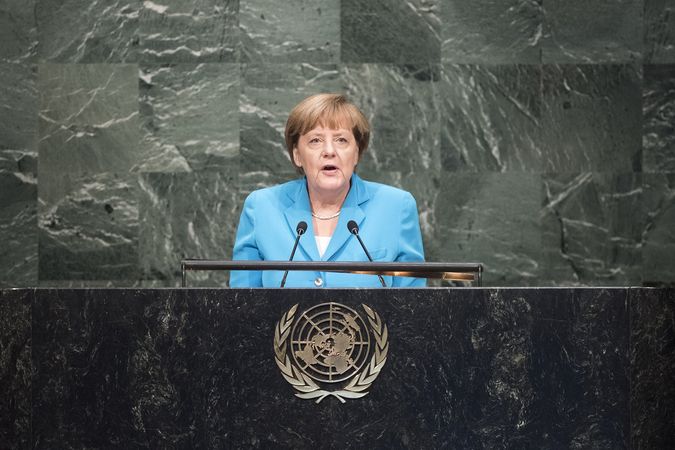 Instead of trying to improve the situation of the Christians, Merkel is using the Coptic issue to whitewash the catastrophic human rights situation in Egypt. Photo: Mark Garten via Flickr

The Society for Threatened Peoples (STP) has criticized Chancellor Angela Merkel for paying court to the authoritarian leadership in Egypt in order to persuade the country to show more willingness to cooperate in refugee and migration issues. “The Chancellor’s praise for Egypt’s policy on the Christian population is a slap in the face of the Copts. Under President Abdel Fatah al Sisi, the Egyptian Christians are still suffering from discrimination, arbitrariness, and the consequences of impunity,” explained Ulrich Delius, the STP’s Africa-consultant, in Göttingen on Sunday. “The actual situation of the Copts is a lot worse than their supposedly favorable legal situation would suggest. Instead of trying to improve the situation of the Christians, Merkel is using the Coptic issue to whitewash the catastrophic human rights situation in Egypt. This is problematic – both for the Egyptian Copts as well as for the respect for human rights in the country.”

The German Chancellor will travel to Egypt on Thursday, where she will meet up with President al Sisi to discuss possibilities for more cooperation in migration and refugee issues, as well as issues of economic relations and regional stability. During the last few months, the federal government had repeatedly emphasized Egypt’s importance in terms of combating flight and migration in Africa. Merkel will also meet the Coptic Pope Tawadros II. In a video message that was published on Sunday, Chancellor Merkel had expressedly praised Egypt’s government for the way Copts are treated in the country, stating that their situation concerning religious freedom is “exemplary” for a Muslim country.

“The longstanding dispute about a new law regarding the construction and renovation of churches – ratified in September 2016 – clearly shows how unequal Christians and Muslims are treated in Egypt,” explained Delius. Thus, governors can prohibit the construction of a new church if they think it might be a threat to social peace – and there is no legal recourse if the building application is rejected. Another indicator for arbitrariness is that the authorities can decide whether a Church community has enough members to justify a new building. In everyday life, most of the attacks against Copts go unpunished. “Thus, many Copts see themselves as second-class citizens,” explained Delius. In the case of disputes, Egypt’s authorities often recommend Christians no to try to enforce their rights, in favor of the Muslims. In society, in politics, and in the army, Copts are also significantly less likely to attain leadership positions. About 10 percent of the population of Egypt are Copts.