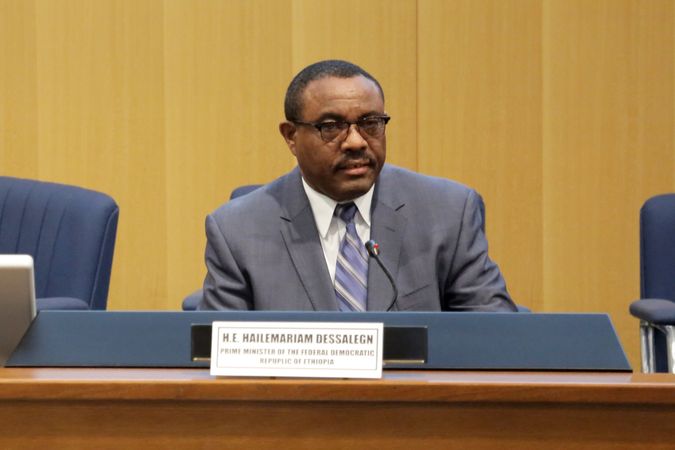 Shortly before the first anniversary of the Oromo’s public protests in Ethiopia (November 11), the country’s government decided on a cabinet reshuffle on Tuesday, in order to appease the people. The Society for Threatened Peoples criticizes this measure as “inadequate” and “too late”. “The Oromo have been suffering from discrimination for decades – on all levels of society, politics, the economy, and within the army. The fact that two Oromo representatives were now appointed as ministers will not be enough to appease the largest population group in the country,” warned the STP’s Africa Consultant, Ulrich Delius, in Göttingen on Wednesday. “Ethiopia’s elite has lost credibility. Without a radical rethinking and profound reforms, it will not be possible to stop the dramatic loss of trust among the people. “It should not be forgotten that other population groups, such as the Amhara, are also embittered by the more than 25 years of abuse and arbitrariness during the reign of the Tigray. The protests of the Oromo people had begun on November 11, 2015. They had started as a demonstration against a territorial reform which would have led to a further loss of land for the Oromo in favor of the capital Addis Ababa.

Twelve new ministers were appointed in the scope of the government reshuffle – including the two Oromo Negeri Lencho Bultum as Minister of Information and Workineh Gebeyehu Woldekidan as Foreign Minister. “The plan is to appease the marginalized Oromo as well as other countries by creating the impression of a new beginning in politics,” explained Delius. “But the two politicians both belong to the “Oromo People's Democratic Organization” (OPDO) – so caution is recommended!” The party has been part of the government coalition under the leadership of the Tigray for many years. Most of the Oromo have little respect for the OPDO, as it is merely seen as a willing instrument of power of the reigning EPRDF.

“This is not what a real fresh start would look like,” said Delius. First, the tens of thousands of Oromo who are held as political prisoners would have to be released. The imprisoned politicians of the Oromo Federalist Congress (OFC), the most important officially recognized Oromo party, would have be released from custody, demanded the human rights activist. Also, it would be important to guarantee freedom of the press, freedom of opinion and assembly, and to abolish the anti-terrorism laws and the NGO laws, which serve to stifle the civil society.