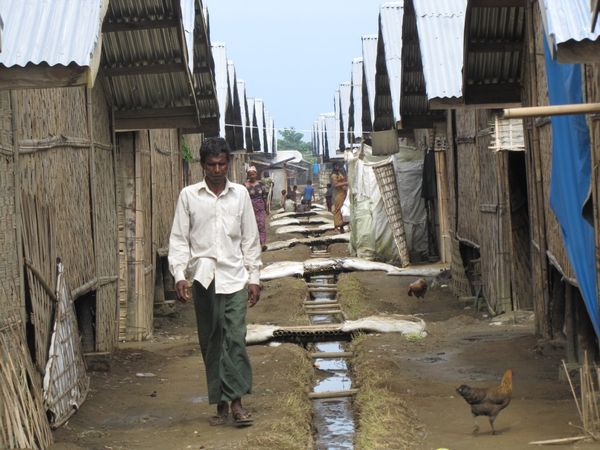 Today, the International Court of Justice (ICJ) in The Hague will announce its decision on a possible interim injunction against Myanmar. The Society for Threatened Peoples (STP) expects that the Southeast Asian state will be called upon to put an end to the genocide crimes against the Rohingya. "The 600,000 Rohingya who still remain in Myanmar are in desperate need of protection and of binding rights," explained Jasna Causevic, the STP's expert on Genocide Prevention and the Responsibility to Protect. "The 750,000 people who fled to Bangladesh because of the attacks by the Myanmar army need a realistic prospect of return – and security guarantees in their home country.

The West African state of Gambia had filed an application for a temporary injunction in November 2019. In December, the de facto head of government of Myanmar, Aung San Suu Kyi, had denied all the accusations. Her government had set up a so-called Independent Investigation Commission, which claimed not to have found any systematic offences. "Hopefully, the ICJ will not be impressed by the results of this alibi commission," Causevic emphasized. "The genocide and other crimes against the Rohingya people have been proven beyond doubt."

Currently, Dr. Ambia Perveen, Vice-President of the European Rohingya Council and honorary member of the STP, is in The Hague to attend the pronouncement of the judgement. "The government and the military must be called upon to put an end to the genocide crimes, the systematic discrimination and exclusion," she hopes. "The members of our harassed minority must finally be granted civil and human rights. Myanmar must finally amend the 1982 Citizenship Act granting everyone living in Myanmar citizenship rights – regardless of ethnic origin, skin color, gender, language, religion, or other criteria – and this principle has to be put into practice consistently.