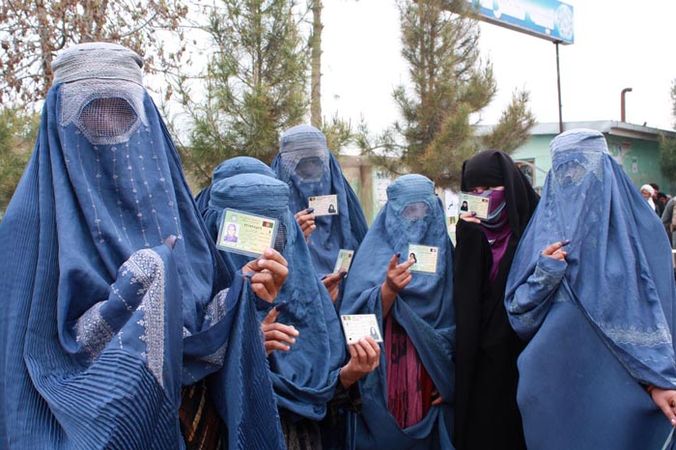 The Society for Threatened Peoples (STP) warns that the ongoing violence in Afghanistan will have serious consequences for tomorrow's parliamentary elections in Afghanistan. "Many Shiites will stay away from the polling stations – not because they want to follow the boycott call of the Taliban rebels, but as a means to accuse the state of failing to protecting the minority group. They feel let down by the democratic institutions. We fear that this failure of Afghanistan's government will have far-reaching negative consequences for the democratization process in the country," said Ulrich Delius, the STP's director, in Göttingen on Friday.

So far, 20 percent of the parliamentarians in the Afghan House of Commons were Shiites. Now, however, the Shiite people are deeply unsettled because more than 500 members of their religious community have lost their lives in terrorist attacks by Islamic State in Afghanistan since January 2017. Many of the victims of the violence belonged to the ethnic group of the Hazara. The terrorist group is trying to fuel conflicts between the Muslim Sunnis and the Shiites. The Sunni extremists are accusing the Shiites of falling away from the "right" faith.

"If the state is unwilling or unable to protect the minorities effectively, it should not be surprised if only 8.9 million out of 15 million voters are prepared to register as voters in the parliamentary elections," Delius said.

The human rights organization strongly criticized that around one third of the planned polling stations had to remain closed due to the violence. Originally, there were supposed to be 7,384 polling stations, but only 5,074 will actually be opened. Of the total number of 2,584 candidates, 804 are registered in the capital Kabul. "This is a distorted representation of Afghanistan's reality, and the dramatic situation in many rural regions is ignored," Delius stated. The human rights organization emphasized that Afghanistan's rural regions must not be left behind by democratic development.