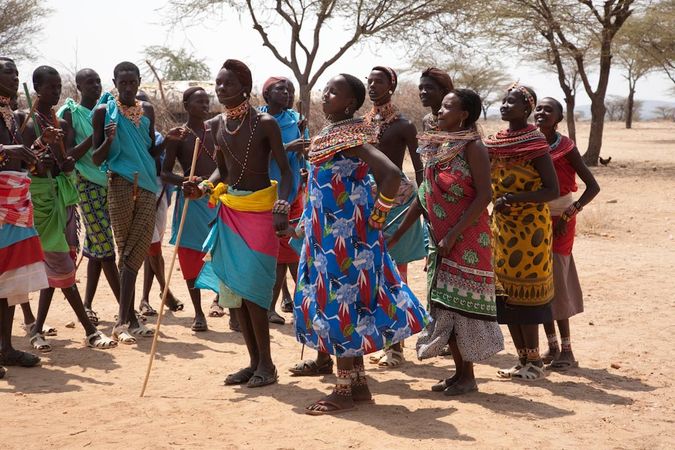 “The needs of the indigenous Pokot and Samburu nomads as well as the Kikuyu peasants must not be ignored. They are suffering from an increasing loss of land." Photo: Ruth via Flickr

In the run-up to the elections in Kenya on August 8, the Society for Threatened Peoples (STP) emphasized that the new government will have to take immediate measures to prevent an escalation of violence between the nomads, peasants, and environmentalists in the country. “There must be a peaceful solution to the disputes over land titles and the use of pastures – as soon as possible,” stated Ulrich Delius, the STP’s director, in Göttingen on Friday. “In order to prevent civil-war-like conditions, the people must be given new pastures for their cattle herds – and there must be a rethinking about the ever-new wildlife sanctuaries and national parks. “Safari-tourism must not be given priority over human rights!” The situation in the Laikipia district in the Rift Valley – where more than 40 people got killed in clashes between nomads, peasants, and the police forces since February 2017 – is especially dangerous. About 10,000 people have fled from the violence already.

Most recently, six policemen lost their lives after being attacked by armed shepherds in the village of Kamau on July 12, 2017. “The killing is usually done with weapons that were produced under German license. Many of the Pokot or Samburu half-nomads are armed with old G3 rifles by Heckler & Koch,” Delius reported. For Kenya, the conflict is primarily a security issue. Thus, the state strikes back with brutal force. “However, this only provokes even more violence, and it doesn’t help to solve the existential problems of the nomadic peoples, due to which some of them feel forced to invade the fields of peasants with their cattle.”

In addition, the promotion of safaris and hunting tourism has led to ever new areas of wildlife protection, which the nomads are no longer allowed to use. The Northern Rangelands Trust, which is backed by funds from the US and Europe, is already in control of 44,000 square kilometers – a protected areas for wild animals, covering about 7.5 percent of Kenya’s land area. There are around 140 reserves in 22 districts. In Laikipia, where the conflict is especially intense, about 60 percent of the land have been turned into protected areas for wild animals.

“The needs of the indigenous Pokot and Samburu nomads as well as the Kikuyu peasants must not be ignored. They are suffering from an increasing loss of land,” Delius criticized. Droughts and other extreme weather conditions caused by climate change are making the situation even more complicated. Thus, the semi-nomads lost large parts of their sheep and cattle herds in the drought in the autumn of 2016. “Kenya’s shepherds should not be left alone with the risks caused by climate change. With their livestock, they are making an important contribution to the economy of the country – so they must be adequately supported and protected.”