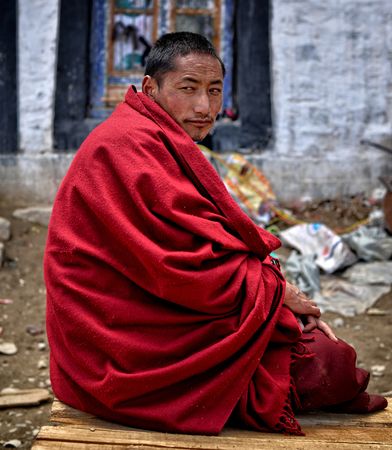 Religious freedom of Buddhists in Tibet, Muslim Uyghurs and Christians in China are seriously violated. © Richard Hopkins via Flickr

The Society for Threatened Peoples (STP) has appealed to Joachim Gauck, the German President, to use his visit to China to take a stand for more religious freedom, for the persecuted minorities and for human rights in the country. For the Christians in the People’s Republic, it is a bad sign for the freedom of religion that 2,000 churches were ruined and that their crosses were taken down. Also, there are serious violations of the religious freedom of the Muslim Uyghur and the Tibetan Buddhists,” the STP wrote in a letter to President Gauck. Further, the human rights organization asked Gauck to demand the Chinese government to put an end to the intimidation and harassment of lawyers and human rights defenders. The President’s five-day visit to the People’s Republic starts on March 19.

In 2015, more than 700 human rights activists were arbitrarily detained in China for five days or more. Also, criminal proceedings against eleven detained human rights activists – based on charges of “subversion of state order” – were initiated in January alone. They are facing long prison sentences. "Also, dedicated lawyers are not exactly better off,” said Ulrich Delius, the STP’s China-expert, in Göttingen on Friday. Thus, 319 lawyers were intimidated by the authorities, summoned for questioning, or detained since January 2015. This wave of repression also affects lawyers who show commitment for persecuted Christians, for Falun Gong practitioners, Uyghur people, or for Tibetans. “China’s Communist Party is leading a war against parts of the civil society that are campaigning for compliance with the Chinese laws. Anyone who is committed to the rule of law – like the German President – must speak up against this practice,” said Delius.

The STP insistently reminded Gauck of the fate of the persecuted Christians in Zhejiang Province near the city of Shanghai, where the President will stop by for a visit as well. “Protestant Christians in Zhejiang have been trying to keep the authorities from desecrating and destroying their officially recognized houses of worship with human chains, sit-ins and other means of peaceful resistance.” About 2,000 crosses have been removed from church buildings in the province since April, 2014 – and ten crosses were forcibly removed in March 2016 alone, at least four on Thursday and Friday of last week. The official reasons for removing the crosses are building regulations and the goal of maintaining a uniform cityscape. “Above all, however, this is an attempt to fight the growing popularity of Christianity, which is especially strong in Zhejiang,” criticized Delius. The harsh actions of the local authorities against the Christians are somewhat reminiscent of the Cultural Revolution, but they are largely ignored by Western politicians. “However, committed Christians who experienced persecution in the GDR, like Gauck, should not look the other way when it comes to obvious violations of religious freedom.”