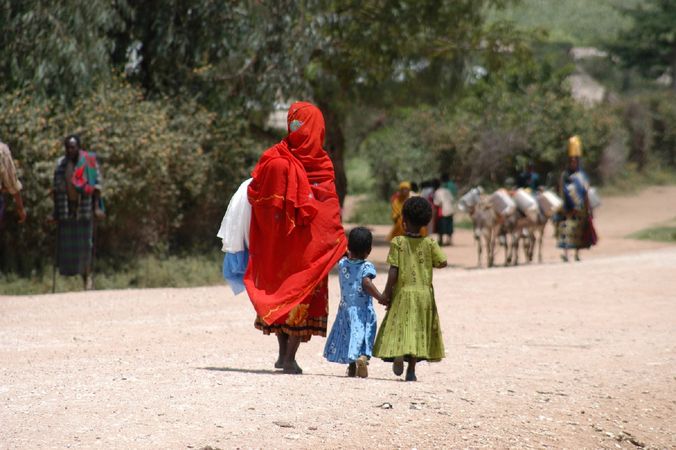 It's estimated, that about 50.000 people have been arrested since the beginning of the protests of the Oromo people a year ago. At least 1.218 Oromo have been killed between August and Octobre 2016. Photo: UNICEF Ethiopia/Getachew via flickr

Two months after the terrible bloodbath in Ethiopia, the Society for Threatened Peoples (STP) accuses the Ethiopian government of trying to cover up the actual number of victims of a massacre that took place in the course of a festivity of the Oromo people – as well as the exact circumstances of their deaths. “After evaluating the testimonies, we are convinced that many more people got killed than the officially acknowledged 56. The eyewitness reports also cast doubt on the official statement according to which the incident is to be seen as an accident that was caused by a mass panic,” explained Ulrich Delius, the STP’s Africa-expert in Göttingen on Thursday. “We strongly urge the Ethiopian government to allow independent human rights experts of the United Nations to investigate the deaths.” According to estimates by local human rights groups and Oromo representatives, at least 678 people got killed when the security forces tried to break up the traditional Irreecha festival on October 2, 2016, in which about two million Oromo pilgrims had taken part.

“Hundreds of Oromo people are still waiting for news regarding the whereabouts of relatives who have been missing since the festivity,” said Delius. According to eyewitness reports, more than 100 corpses were washed ashore at the crater lake Hora in Bishoftu – where the pilgrims had gathered – during the weeks after the massacre. Many people are said to have died after running or falling into the lake when trying to escape from the police forces after the outbreak of the mass panic. “The relatives have a lot of questions, but the authorities don’t seem to be willing to give any answers,” said Delius. “Thus, the massacre of Bishoftu is to be seen as a decisive event in Ethiopia. No one trusts the authorities any more, and the Oromo are furious. They are accusing the government of having provoked the violent deaths of so many innocent people.”

According to reports, the festival has been peaceful for a long time. Apparently, the situation had escalated after government representatives had appeared on the podium instead of the Gadaa leaders who organized the event. Thereupon, the Oromo had tried to interrupt the speech of the official representatives. Later, the pilgrims had started throwing plastic bottles and stones. The police had used tear gas and fired shots into the crowd, causing a mass panic. Many Oromo tried to take cover in ditches and were trampled down by the crowd. “It seems quite clear that the bloodbath was not an unfortunate accident, but the result of excessive police violence,” said Delius. “If those who are responsible for the police operation are not held accountable, Ethiopia will not come to rest.”