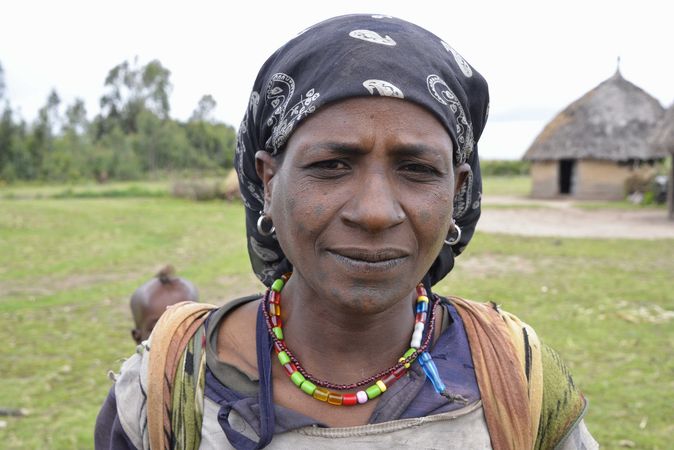 Since November 2015 the Oromo are protesting against the land grab and against initiatives to restrict their human rights. Photo: Rod Waddington via Flickr

The Society for Threatened Peoples (STP) has sent an appeal to Chancellor Angela Merkel, asking her to demand the Ethiopian government to release the imprisoned opposition leader Merera Gudina. Merkel had met Gudina during her controversial visit to Ethiopia in October 2016. Later, the chairman of the Oromo Federalist Congress (OFC) paid a visit to Europe and was arrested on his return from Germany on December 1, 2016. Court proceedings were opened in Addis Ababa last Friday, to be continued on March 9. As Gudina is accused of “supporting terrorism”, he might be facing up to ten years imprisonment.

“In our opinion, it is a good thing that Chancellor Merkel meets up with representatives of the civil society when she visits a state – but in order to really back up these committed advocates of democratization, it is necessary to actually provide help when they are in need,” said Ulrich Delius, the STP’s Africa-expert, in Göttingen on Tuesday. “Gudina is an important advocate for the persecuted Oromo and a representative of the Ethiopian civil society. The fact that he now stands accused shows how catastrophic the human rights situation in Ethiopia is.”

The STP also called on the EU Foreign Minister Federica Mogherini to try and have Gudina released. The authorities are accusing the opposition leader of using a conference in the European Parliament to meet up with members of the Ethiopian opposition, who are seen as “terrorists” by the Ethiopian government. “Europe should have a great interest to ensure that Merera Gudina will not be silenced,” explained Delius. “He is to be seen as one of the most committed representatives of the oppressed Oromo – the country’s largest population group – and as an advocate for democratization.”

Gudina is also accused of violating the provisions of a state of emergency that was imposed in Ethiopia in October 2016, following months of protests by the Oromo against ongoing human rights violations. The prosecutor accused him of trying to misuse party politics in order to “dismantle” the country’s social, economic, and political order. The defendant has repeatedly claimed to be innocent.

Most OFC politicians have already been arrested for criticizing the government policy. Gudina was considered one of the last free and active advocates of the Oromo, who – since November 2015 – are protesting against the land grab and against initiatives to restrict their human rights. Since then, more than 50,000 Oromo have been arrested, and 1,957 have lost their lives in crackdowns on demonstrations.