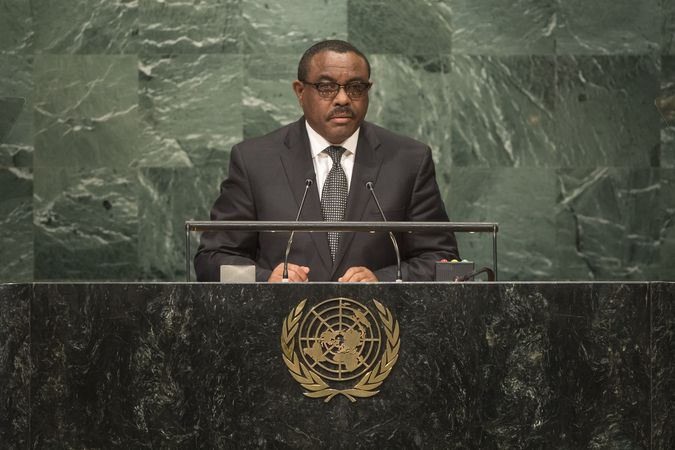 "Due to their tactics of denial and obscurity, Ethiopia’s authorities are losing their credibility, especially among their own people." Photo: Cia Pak via UN Photo

According to the Society for Threatened Peoples (STP), the disastrous information policy of the Ethiopian government is to blame for the escalation of the protests, the violence, and the tensions in Ethiopia. “There are attempts to systematically downplay the number of victims – and human rights organizations that provided detailed information about human rights violations are denigrated. Several weeks later, however, it shows how justified the concerns about the aspect of human rights had been. Due to their tactics of denial and obscurity, Ethiopia’s authorities are losing their credibility, especially among their own people,” explained Ulrich Delius, the STP’s Africa-expert, in Göttingen on Thursday. “This leads to even more anger among the protesters, making a political solution to the conflicts less and less likely.” UN Secretary General Ban Ki-moon had demanded respect for civil rights – but to no avail.

On Thursday, the Ethiopian authorities had declared that 1,645 demonstrators and “ringleaders” had been arrested since the imposition of the state of emergency on October 8, 2016. The real number of arrests since the beginning of the protests in November 2015 is definitely higher – at least 22,000 according to information from the STP. The mass arrests in the regions of Oromia and Amhara have been going on for months, not only since the state of emergency was imposed. Half a year ago, the STP had demanded that international human rights experts should be able to inspect army bases and former police schools that were said to serve as illegal prisons.

Following the bloodbath during an Oromo harvest festival on October 2, 2016, the authorities had also been quick to announce a relatively small number of victims: 55 in total. “Also, a three-day official mourning was proclaimed to prevent any further public debate concerning the background and the true extent of the incident,” criticized Delius. “To date, it has still not been clarified how many Oromo lost their lives. Government critics have mentioned at least 678 deaths. The relatives of the missing people want to know what really happened. Their protests are becoming more and more violent because they don’t trust the government at all any more. The violence is homemade, and the Ethiopian government is largely responsible.”

Over the last weeks, the authorities have also been trying to defame international human rights organizations for allegedly publishing a higher number of victims. Then, on October 11, 2016, during a press conference with Chancellor Angela Merkel, Prime Minister Hailemariam Desalegn admitted that more than 500 people had been killed in the protests, thus confirming the previous statements of several human rights organizations.