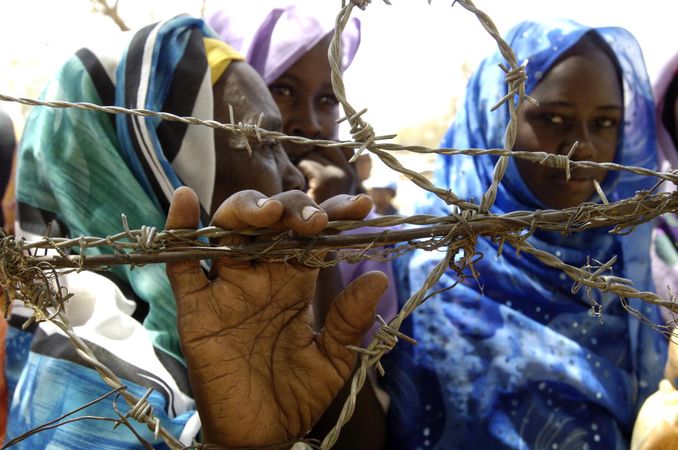 On Wednesday – following the arrest of 300 refugees and migrants in Sudan – the Society for Threatened Peoples (STP) urged the Sudanese government to ensure protection for refugees from Eritrea and Ethiopia. At the same time, the STP appealed to the EU Commission to unmistakably remind Khartoum that refugees must not be deported back to the two countries. “In their countries of origin, these people are not safe at all. If they were to be deported, this would not only be inhumane, but also a violation of international law and of Sudan’s obligations under the Geneva Convention,” warned Ulrich Delius, the STP’s Africa-expert, in Göttingen on Thursday. On Monday, the Sudanese pro-government militia RSF (Rapid Support Forces) announced to have arrested 300 refugees and migrants in Sudan, close to the border to Libya. The Sudanese authorities had already deported 442 Eritrean refugees to their home country in May 2016.

“The European Commission must reconsider its cooperation with Sudan regarding refugee and migration issues like this,” said Delius. “The recent arrests show the real face of Europe’s partners in refugee issues: the RSF is a gang of murderers, arsonists, and rapists. It is a scandal to simply let these militias loose on refugees from the crisis regions of East Africa,” said Delius. The RSF is a successor organization of the infamous Janjaweed militias in Darfur, who are responsible for the destruction of 5,000 villages since 2003.

In the scope of the EU aid program for refugees and migrants, the government of Sudan has not only requested 140 million Euros, but has also asked for help in securing and reinforcing 17 border posts. At the same time, according to Sudanese officials, a total number of 1,000 RSF militiamen were deployed to the Libyan border to combat trafficking. “It is a scandal that the EU is indirectly cooperating with a militia that is responsible for lootings, torture, mass rape, and for terrorizing the civilian population in the civil war regions of Darfur, the Nuba Mountains, and the Blue Nile,” said Delius. “RSF-commander Mohamed Hamdan Dagolo (a.k.a. “Hametti”) cannot be one of the EU’s partners. He should rather be tried for crimes against humanity at the International Criminal Court in The Hague.”

The RSF militia – which consists of about 6,000 fighters – was established in August 2013. Officially, the militia reports to the NISS. There are special ID-document for the militiamen, according to which they are immune under the National Security Forces Act. Their commander lives in Khartoum, and Hametti is a former leader of Janjaweed.