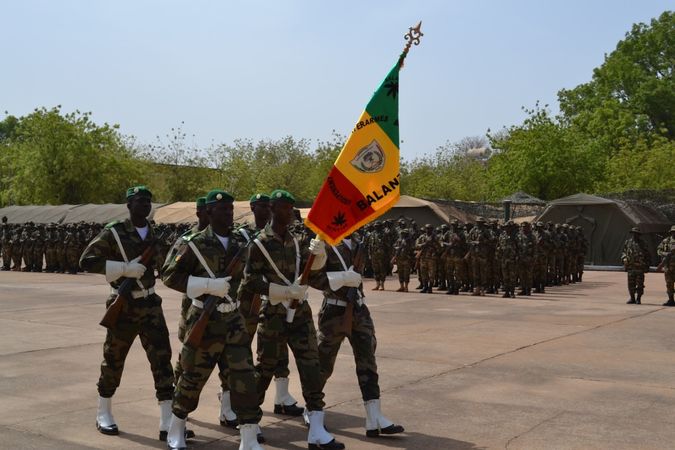 In the scope of the EU training mission EUTM, Mali’s army was trained extensively over the past six years. Photo: European External Action Service via Flickr

The Society for Threatened Peoples (STP) demands the EU training mission for Mali’s to be reviewed – as more and more Malian soldiers are accused of taking part in massacres. “In the scope of the EU training mission EUTM, Mali’s army was trained extensively over the past six years. If this army is now accused of increasing arbitrary arrests, torture, and extrajudicial executions, this must also have consequences for EUTM. The entire training mission hast to be reviewed before Germany agrees to be an active part of it in the future,” stated Ulrich Delius, the STP’s director, in Göttingen on Wednesday. Today, the German Bundestag is supposed to decide – in a first reading – whether Germany will keep up its participation. So far, up to 300 soldiers of the Bundeswehr can be sent to Mali to train soldiers.

The human rights organization demanded initiatives to teach Malian soldiers more respect for human rights, and to clarify why, despite the international committment, Mali’s army is not doing enough to stop impunity. “It would be fatal if the instructors of the Bundeswehr and other armed forces of the EU were widely accused of turning the troops into a gang of murderers that ignores international humanitarian law,” Delius emphasized.

According to eyewitnesses, at least 27 people got killed in the custody of Malian soldiers between February and April 2018, and another two people were apparently tortured in Malian military camps. To date, the circumstances under which a group of Peulh detainees got killed in military camp in Dioura (on April 5, 2018) are still unknown. While the army claims that the detainees were shot in an attempt to escape, Peulh organizations and relatives of the victims assume that they were executed. Previously, on March 25, 2018, the bodies of six civilians were found in a mass grave near the village of Dogo in the Mopti region. Eyewitnesses stated that they had been killed by Malian soldiers three days before.

Malian soldiers are known to treat members of the population group of the Peulhs with excessive force – and they are often detained solely because of their ethnic origin – which is due to the fact that a few hundred Peulhs joined a radical Islamic armed Peulh militia in Central Mali in 2015.