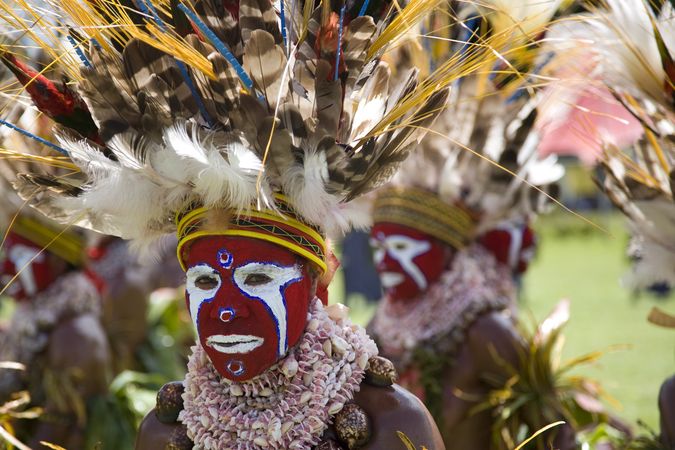 The Society for Threatened Peoples (STP) warns about a famine in Papua New Guinea. As the Göttingen-based human rights organization reported on Tuesday, up to 1.8 million Papua natives are in urgent need of humanitarian aid after their crops were destroyed by drought and frost. According to information from the authorities, at least 24 people have already died because of food shortages. “We fear that the famine could be worse than in 1997. Back then, 500 people died. About 260,000 people were only able to survive thanks to food aid, and it was further necessary to ration supplies for 980,000 indigenous people,” said STP-consultant Ulrich Delius. The extreme weather was caused by the El Niño phenomenon, due to which the tropical Pacific Ocean heats up and the trade winds fail, causing months-long rainless periods in several regions.

In Enga province alone, about 200,000 people are affected by the worst drought for more than 40 years. Most of the crops of the Papuans, who practice their traditional way of farming, have frozen or dried up due to longer cold periods and the subsequent drought. Many river valleys have dried up as well. The farmers are leaving their villages in search of water and food. Many are already living on plant roots that they have to dig up laboriously. Samson Amean, the governor of the province, expects that the people will not be able to live off their crops until in about a year’s time. Thus, he has called for international help.

“The impending famine could also have serious consequences for social peace in the world’s third-largest island state,” warned Delius. “One-third of the entire population will be affected by the food shortages, and thousands of indigenous people are leaving their traditional settlement areas in the highlands to live in the cities. This will lead to serious problems.” Since Papua New Guinea became independent in 1975, social deprivation and cultural uprooting have repeatedly led to violence and inter-ethnic clashes among the approximately 800 different Papuan population groups and other ethnic groups – which is also the reason why there has been a drastic increase in violence against indigenous women in the past decades. More than 80 percent of the 7.3 million citizens of Papua New Guinea still live in the quite rough highlands in the middle of the island state, which is especially affected by the drought. About 70 percent of the population are Christians.

El Niño is a natural climatic phenomenon that was already observed during the times of the Incas. It occurs time and time again, but at irregular intervals. Meteorologists fear that the El Niño phenomenon will be especially strong in 2015.