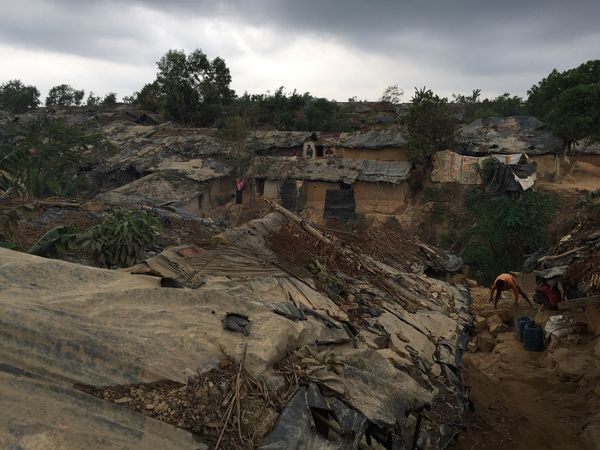 Since the persecutions against the Rohingya intensified in October 2016, more than 65,000 Rohingya refugees managed to flee to Bangladesh. Photo: EU/ECHO/Pierre Prakash via Flickr

The Society for Threatened Peoples (STP) has sent an appeal to the Foreign Ministers of the
Organization for Islamic Cooperation (OIC), asking them to use tomorrow’s summit on the Rohingya conflict in Burma to work towards a political solution to the refugee crisis in South East Asia. “The pressure on the Burmese government must be increased to find a political solution to the Rohingya conflict – urgently,” the human rights organization appealed to the Foreign Ministers of the OIC countries. Further, the STP also demanded the OIC to urge its member state Bangladesh to at least provide temporary shelter for the refugees from Burma. At the moment, Rohingya refugees are still often turned away at the border to Bangladesh.

Tomorrow, the Foreign Ministers of the OIC countries will be meeting in the Malayan capital Kuala Lumpur for a special summit focusing on the Rohingya question, after a video showing human rights violations against Rohingya committed by Burmese soldiers had led to protests in the Muslim world in early January 2017. Due to the massive protests, Burma’s authorities had arrested four soldiers who were accused of human rights violations against Muslim villagers. The crimes had been caught on video.

On an international level, the OIC – which is very unpopular in Burma (Myanmar) – is very important for initiatives to find a solution to the Rohingya question. Since the outbreak of violence
between the Muslim Rohingya and the Buddhist Rakhine in Arakan State in June 2012, the 57 member states of the OIC have repeatedly addressed the UN General Assembly and other relevant bodies of the world organization, drawing attention to the fate of the persecuted members of the Muslim minority in Burma, who are not granted citizenship in their home country.

The OIC member states Bangladesh, Malaysia, and Indonesia fear that even more members of the minority will leave their home country, but other countries such as Saudi Arabia and Pakistan – where many Rohingya are living in exile – are also concerned that the conflict is about to escalate again. Since the persecutions against the Rohingya intensified in October 2016, more than 65,000 Rohingya refugees managed to flee to Bangladesh – despite massive border controls and immediate deportations – and are now staying there illegally.