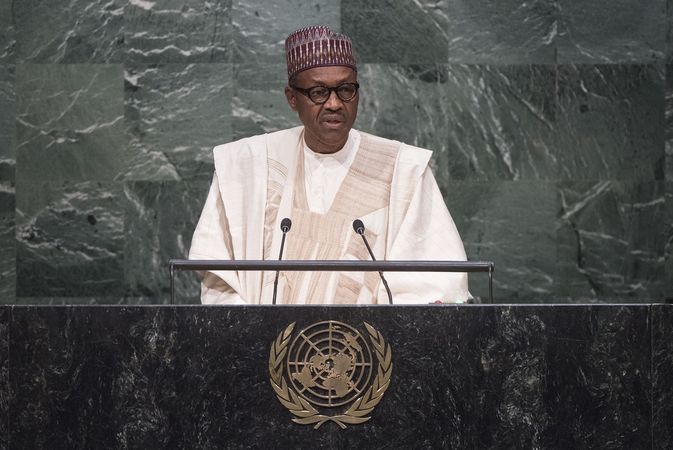 Many Christian villagers are accusing the authorities and the Nigerian federal government (which is led by President Muhammadu Buhari) of being too lenient towards violence. Picture: UN Photo/Amanda Voisard via Flickr CC BY-NC-ND 2.0

According to the Society for Threatened Peoples (STP), more efforts have to be made to protect Christian farmers in Nigeria from raids by armed nomad shepherds. Since Tuesday, at least 32 people lost their lives in two attacks by Fulani shepherds on villages in the state of Plateau in the center of the country, the human rights organization stated. “Nigeria’s security forces are failing to protect rural villages from raids by armed gangs. Nigeria’s federal government must develop more credible political initiatives to defuse the escalating Fulani conflict,” demanded Ulrich Delius, the STP’s director, in Göttingen on Friday. The STP noted that, since January 2018, at least 1,554 people got killed in attacks by Fulani shepherds. Most of the victims were Christians.

On Wednesday night, 19 people got killed in an attack by armed Fulani on the village Ariri – and 13 people were killed in their sleep in an attack on the village of Jol on Tuesday night. There are attacks on rural villages almost every week, rooted in the ongoing conflicts over the use of grazing land and pastures. The conflicts are also fueled by climate change, increasingly difficult climatic conditions in the north of the country, and increasing competition in land use.

Many Christian villagers also see the attacks of the Muslim Fulani as targeted actions against Christian life. They are accusing the authorities and the Nigerian federal government (which is led by President Muhammadu Buhari) of being too lenient towards violence. In their opinion, Buhari – who belongs to the Fulani people himself – is not willing to take targeted measures against the perpetrators and to protect the villagers effectively.

The Fulani crisis is not new, but it is escalating more and more, while the government has largely remained idle. Instead of promoting local and regional dialogue between the nomads and the peasants (most of whom belong to the Christian minority) the government is trying to play down the conflict. The lack of development in northern Nigeria and the growing cattle herds are leading to increasing tensions between the nomads and the farmers. More and more nomads are moving from the increasingly dry north to the south of the country, where most of the land is owned by farmers. “It is a bad sign that Nigeria’s government is apparently not able to come up with a solution other than to force the nomads to assimilate – relying on repression and exclusion instead of aiming for a rule of law and dialogue. Thus, new conflicts are inevitable,” Delius emphasized.