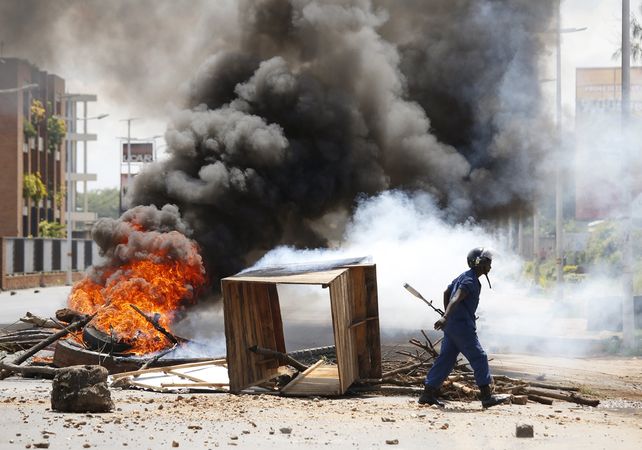 Following new politically motivated violence in Burundi last weekend, which claimed seven lives, the Society for Threatened Peoples (STP) demands further EU-sanctions against political agitators in the East African country to prevent further killings and to avoid a civil war. In addition, the EU should consider suspending its development assistance if the talks with the Government of Burundi – which will take place in Brussels this week – fail to produce credible results in terms of a political solution to the crisis.

More than 250 Burundians have fallen victim to politically motivated violence since the abuse of power and the third term of office for President Pierre Nkrurunziza caused public protests in April 2015. As representatives of the incumbent government are deliberately stirring up ethnic conflicts, many observers are warning about an impending genocide.

A 30-day ultimatum of the Council of the European Union Next will be ending on Thursday. On October 26, 2015, after months of fruitless efforts to put an end the violence, the EU had requested official consultations with Burundi according to Article 96 of the ACP-EU Partnership Agreement. If Burundi’s government is not willing to engage in a dialogue, the EU may suspend the development cooperation when the ultimatum expires. “However, the envisaged dialogue has no inherent value. It must be based on credible commitment to arrange for meetings between the Burundian government and the opposition parties at a neutral venue abroad,” said the STP’s Africa-expert, Ulrich Delius. At the end of October, the first reaction of Burundi’s Foreign Minister Alain Aimé Nyamitwe was to reject the EU’s ultimatum brusquely.

On November 13, 2015, the EU decided to call back employees who were not absolutely needed in the country – suggesting that a further escalation is to be expected. At the same time, the former colonial power Belgium urged the 500 Belgian citizens in the country to leave. On November 16, the Belgian Foreign Minister, Didier Reynders, had already announced that the EU is considering further sanctions against those who are responsible for the violence – and the EU had imposed travel bans and financial sanctions against four Burundian officers, policemen and government politicians on October 1, 2015.