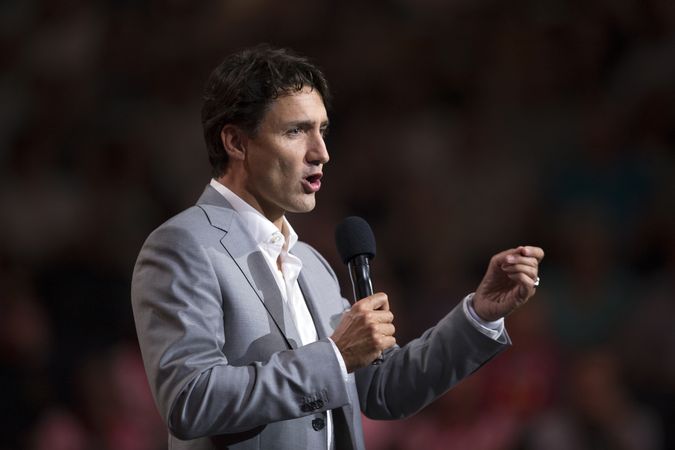 “Canada’s Prime Minister Justin Trudeau is about to damage his reputation as an advocate of minority rights and sustainable environmental policies.” Picture: DoD_News via Flickr CC BY 2.0

Climate protection, clean energy, and gender equality are some of the topics to be discussed in the course of the 44th G7 summit, which will take place in the Canadian city of La Malbaie this weekend. The Society for Threatened Peoples (STP) would like to take this opportunity to ask Chancellor Angela Merkel to show support in two particularly urgent matters: the Chancellor should support a dialogue between the Canadian government – which aims to build a new oil pipeline – and the indigenous communities that will be affected by the pipeline, and who are against the project out of fear for their drinking water. In addition, Merkel should demand comprehensive investigations regarding the fate of hundreds of killed or missing indigenous women. An according commission of inquiry is supposed to end its work at the end of December 2018, and the relatives of the victims are protesting.

In the appeal to Chancellor Merkel, the STP criticized: “Canada’s Prime Minister Justin Trudeau is about to damage his reputation as an advocate of minority rights and sustainable environmental policies.” Trudeau is planning to use tax money to take over the controversial Trans Mountain Pipeline project of the Texas-based company Kinder Morgan – as a means to circumvent the resistance of the First Nations from British Columbia, the government of this state, and leading environmental organizations. They had achieved a victory in 2016, and the construction work was suspended. There are fears that pipeline leakages or tanker accidents might endanger their drinking water supplies and contaminate the fragile coastal landscape. In addition, oil production is associated to severe CO2 emissions.

The pipeline is expected to triple the transport capacity of oil from tar sands in Alberta to the loading harbors on the west coast in British Columbia. The number of tankers that are supposed to ship the oil to Asia is to be increased from five to 34 per month. Further, STP’s appeal emphasizes that the First Nations are insisting on a dialogue, demanding their right to free, prior, and informed consent (FPIC) as governed in the UN Declaration on the Rights of Indigenous Peoples – which Canada signed in 2016. Further, Chancellor Merkel is asked to engage in conflict resolution through dialogue.

The STP also emphasized that the National Inquiry into Missing and Murdered Indigenous Women and Girls (MMIWG) must be given more time to talk to the victims’ relatives and to define measures to protect vulnerable indigenous women and girls. The results should then be used as a basis for national database.