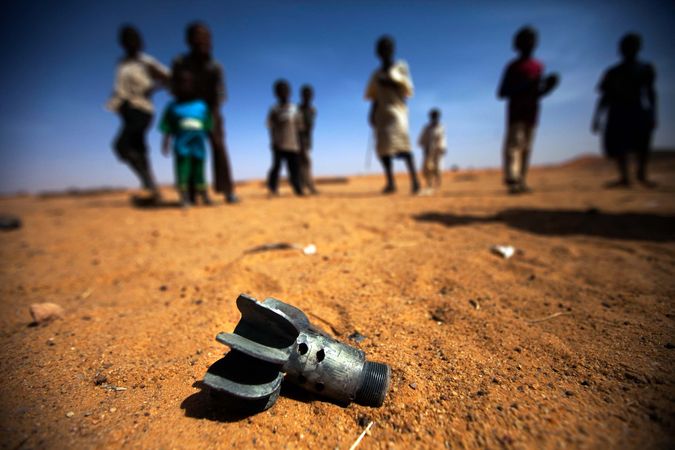 It is very unfortunate that the new plans of the GIZ aim to create the impression that the only real problem in Darfur is poverty. Photo: UNAMID via Flickr

The Society for Threatened Peoples (STP) criticizes Germany’s new development commitment in the genocide region of Darfur in western Sudan as “misleading and unsustainable”. “Development projects like this only make sense if there is peace and rule of law – which is absolutely not the case in Darfur. Here, development projects are even dangerous, as they create an impression of normality – which, 15 years after the beginning of the genocide, still does not exist in Darfur” criticized Ulrich Delius, the STP’s director, in Göttingen on Tuesday. “With the new project, Germany is playing into the hands of those who are responsible for the most serious human rights violations. They are glad about anything that distracts from the ongoing violence and lawlessness.”

On Sunday, the German Ambassador to Sudan, Ulrich Klöckner, signed an agreement with the government of Sudan, providing that the German Federal Agency for International Cooperation (GIZ) will establish vocational schools in Darfur. Germany will provide six million Euros for the project. The commitment is part of a larger GIZ stabilization program for Sudan, aiming to promote the country’s development and to reduce movements to Europe.

“As long the people of Darfur are suffering from arbitrariness and persecution, vocational schools will not keep anyone from trying to escape to the neighboring countries or to Europe,” Delius stated. “Sudan’s laws are systematically ignored in this region, and warlords and their armed militias are terrorizing the civilian population. Here, development programs are bound to fall short.”

According to Delius, the Sudanese authorities are trying to block young Darfuris from access to adequate education and employment. During the last two years, for example, the Sudanese universities expelled dozens of students from Darfur – only because of their ethnicity. Many students are detained as political prisoners.

In Darfur, the situation of the civilian population is still catastrophic. More than three million Darfuris are on the run. The Sudanese government is closing down its refugee camps to create the impression of normality. So far, it was mainly Arab investors who supported Sudan with development projects. “It is very unfortunate that the new plans of the GIZ aim to create the impression that the only real problem in Darfur is poverty,” explained Delius.