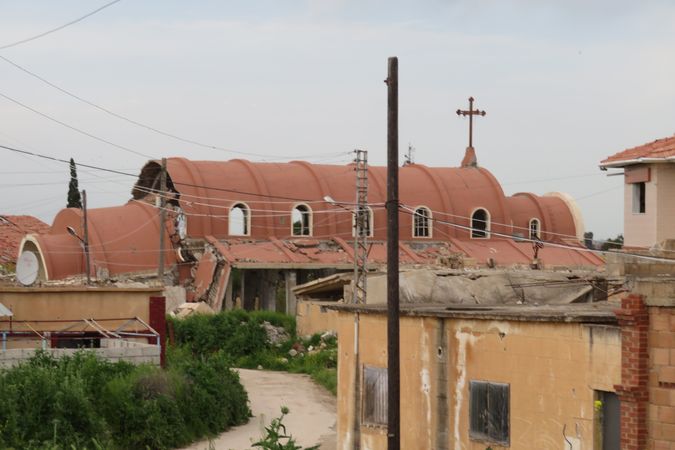 The Society for Threatened Peoples (STP) has criticized the ongoing crimes against minorities in northern Syria, committed by NATO member Turkey. Over the last few days, reports of war crimes committed by the Syrian regime and by Russia against civilian targets had caused an international uproar. "At the same time, Turkey's partner countries – such as Germany and the United States – remain silent on the ongoing human rights violations committed by the Erdogan government and its Islamist allies. In consequence, the people affected have no trust in the West's Syria policy," explained Dr. Kamal Sido, the STP's Middle East Consultant.

The STP regularly provides the German Federal Government as well as other NATO states with information about unlawful attacks against Kurds, Christians, Yazidis, and other ethnic groups in Northern Syria. "Nevertheless, these governments tend to remain silent about Turkey's inhuman practice in Northern Syria – thus backing it," said Sido. The Turkish occupying power has repeatedly cut off the water supply to the city of Al Hasakah and other villages in northeastern Syria, affecting hundreds of thousands of people of Kurdish, Arab, Assyrian/Aramaic and Armenian descent and of Muslim, Christian and Yazidi faith.

Turkey, backed by Syrian-Islamic militias, has occupied large parts of northern and eastern Syria – a region that is inhabited by many Kurdish, Christians, Yazidis, and Alevis. "The provincial governors are de facto linked to the Turkish administration and controlled by Islamist groups, which are also controlled by Ankara," Sido explained. "These militias consist largely of former members of Islamic State, the former Al-Nusra front, but also of jihadist militias such as Ahrar al-Sham or Faylaq al-Sham. There is a climate of fear: kidnappings, torture, and extrajudicial executions are commonplace, the pro-Turkish militias sometimes fight over loot, and there have been car bomb attacks in the context of these internal conflicts. On April 29, for example, at least 60 people were killed when a tanker truck exploded at a market in Afrin. The Turkish government accused Kurdish groups, while other sources suspect that pro-Turkish Islamist militias were responsible. Several Kurdish groups condemned the attack. "Due to these conditions, more and more Kurds, Christians, Yazidis, and Alevis are forced to leave the region," Sido observed. "…while people who are loyal to Turkey or of radical Sunni faith are encouraged to settle there."