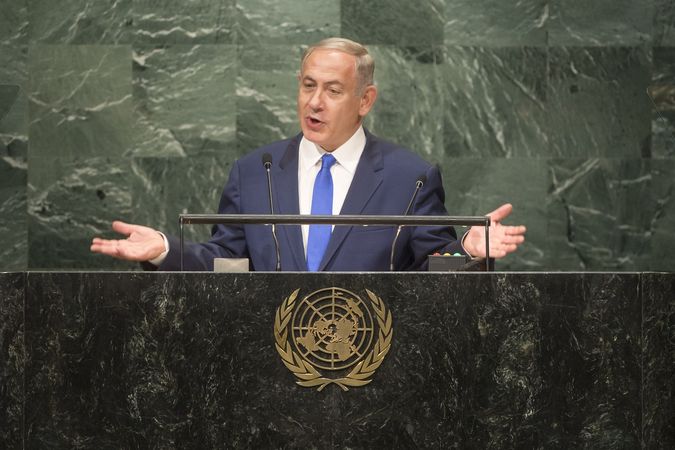 750 Jewish rabbis from around the world have demanded Israeli Prime Minister Netanyahu to stop the deportation plans, referring to the dramatic situation of flight and rejection of Jewish refugees in the 1930s. Photo: Cia Pak via Un Photo

The Society for Threatened Peoples (STP) warns against the planned deportation of 38,000 African refugees from Israel to Rwanda. “There is no security or perspective for refugees who are deported to Rwanda – as is clearly shown by dozens of Eritreans who, after leaving Israel without identity papers and funds, are now subjected to arbitrariness by the authorities and the local population in Rwanda,” explained Ulrich Delius, the STP’s director, in Göttingen on Sunday. The human rights organization expressed hopes that, as a result of a recent court ruling, many of the 27,500 Eritrean refugees might now be allowed to stay in Israel. The Israeli government intends to start deporting African refugees on April 1, 2018, but is increasingly facing public protests.

Last Thursday, an appeals court in Jerusalem had issued a groundbreaking statement, granting asylum to an Eritrean who had fled from his home country because of the unlimited military service there. The Eritrean complained that the immigration authorities had not accepted his attempt to escape from military service as a reason for asylum. “The verdict is of great importance, as most of the Eritrean refugees are on the run because they would otherwise have to serve in the army for ten to fifteen years. According to the United Nations, the unlimited military service in Eritrea is to be seen as a crime against humanity. Now, about 27,500 Eritrean refugees in Israel can hope for protection,” said Delius.

By the end of 2017, a total number of 8,259 refugees had officially applied for asylum in Israel. The Eritrean who was now successful in court is the 12th asylum seeker to officially be granted protection as a refugee in Israel. This week, thousands of Israelis and refugees will meet up in front of the Rwandan embassy in Israel again, to protest against the deportations. Also, 750 Jewish rabbis from around the world have demanded Israeli Prime Minister Netanyahu to stop the deportation plans, referring to the dramatic situation of flight and rejection of Jewish refugees in the 1930s.

Eritrean refugees who had voluntarily resettled from Israel to Rwanda recently warned their compatriots about an uncertain future in East Africa. “They don’t have a perspective nor rights in the society of Rwanda, so they are treated as fair game. They are left to their own devices, without a chance of leaving Rwanda legally,” explained Delius. “The Eritreans’ problems won’t be solved by deporting them to Rwanda – they would only be traumatized.”