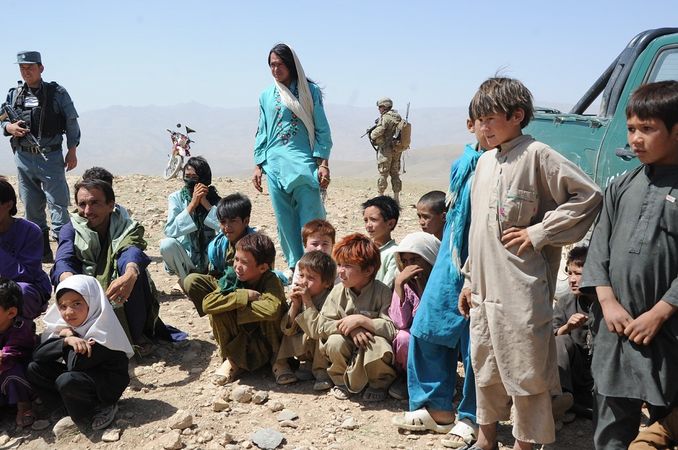 People of the Shiite Hazara minority in Afghanistan. In 2017, at least 315 Hazara had fallen victim to the violence of Sunni extremists. The STP demands a better protection of the Hazara. Image: USACE photo/Karla K. Marshall via Flickr CC BY-SA 2.0

The Society for Threatened Peoples (STP) calls for better protection of the Shiite Hazara minority in Afghanistan, after at least 48 members of the minority got killed in a recent terrorist attack in Kabul. “In view of the escalating violence against the Shiite Hazara minority, it is increasingly irresponsible of Germany to send members of this population group back to their home country. Afghanistan’s authorities are obviously not able or willing to effectively protect the minority group from attacks by radical Sunni groups,” stated Ulrich Delius, the STP’s director, in Göttingen on Thursday.

Today, at least 48 people were killed and 67 people were injured in a suicide bombing in the Mawoud Private School in the district of Dasht-e-Barchi in the west of the Afghan capital, where more than 100 students attended a preparatory course for admission to the university in the main Shiite district. Again and again, there are attacks by the Sunni extremists of Islamic State against the Shiite minority – who are often accused of falling away from the true faith. With the attacks, IS is trying to stir up tensions between Sunnis and Shiites.

In 2017, at least 315 Hazara got killed in attacks by Sunni extremists in Afghanistan. On March 21, 2018, at least 29 people were killed and 52 people were injured in an attack on a group of people waiting in front of a Shiite shrine in a residential area of the Hazara in Kabul.

“We have to be aware of the threats the Shiite minority is facing. It is a scandal that the Federal Government’s latest report on the situation in Afghanistan hardly mentions the serious threats to the Hazara minority,” Delius stated, further emphasizing that their catastrophic security situation also has an impact on the number Hazara who apply for asylum in Germany.