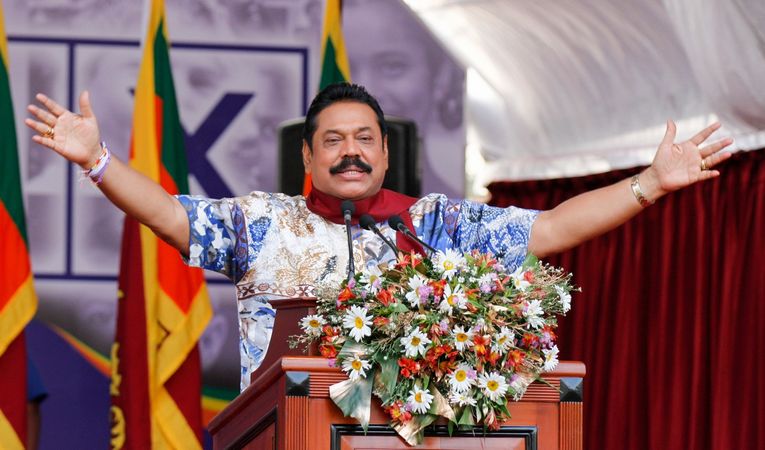 The Society for Threatened Peoples (STP) welcomes the change of government in Sri Lanka and has expressed the hope that there will finally be more democracy, a rule of law and a reconciliation in the island nation. "The defeat of the authoritarian and corrupt President Mahinda Rajapaksa is a great victory for democracy and a sign of hope for a credible new beginning," said Ulrich Delius, the STP's Asia-consultant, in Göttingen on Friday. "Sri Lanka's minorities, who have been suffering from decades of civil war and exclusion, can only benefit. It is now in the hands of the new president Maithripala Sirisena to show that Sri Lanka is able to get rid of its negative image as a pariah state in southern Asia. We hope that the new president will keep to his promise and that those who are responsible for the war crimes during the civil war from 1983 to 2009 will be held accountable. "The incumbent President Rajapaksa had accepted his defeat in yesterday's elections on Friday morning.

The new president is facing mammoth tasks. He will have to fight corruption and nepotism, finally guarantee civil rights and freedom of the press. Also, the country must open up its domestic and foreign policy. "We hope that Sirisena will remember that he owes his election victory to the fact that he was supported by the ethnic and religious minorities," said Delius. "Many of the Tamils, Muslims and Christians have faith in the former minister and thus voted for him." The election winner, who belongs to the Sinhalese majority, was however partly responsible for the discriminative politics of President Rajapaksa until his resignation from his position as Minister of Health in November 2014.

The new president will have to take measures against the growing influence of radical nationalist organizations such as the Buddhist movement Bodu Bala Sena (BBS), which are raising concerns in many neighboring countries. The BBS had massively supported President Rajapaksa during the campaign, spreading hate slogans mostly against Muslims. Also, the movement will continue to fight against a liberalization of public life. "The Pope's visit next Monday is the first test for the new president," said Delius. "Pope Francis will surely call for sustainable reconciliations between the warring groups of the Tamils and the Sinhalese – and for an end to the exclusion of minorities."