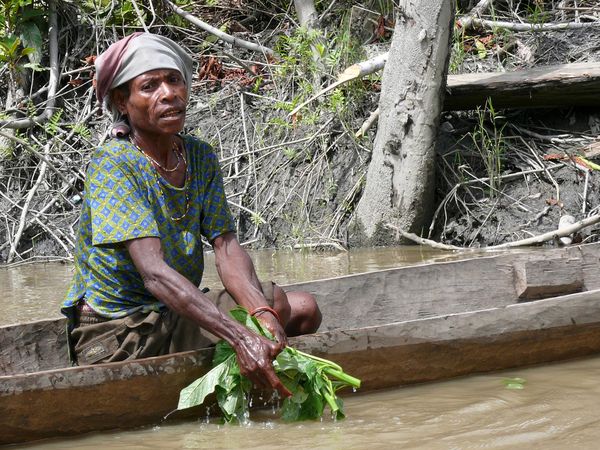 The rights of the Christian Papua and the Muslim Ahmadiyyah in Indonesia must be secured. Photo: © CIFOR via Flickr

On occasion of Joko Widodo’s visit to Germany, the Society for Threatened Peoples (STP) has sent an appeal to Chancellor Angela Merkel and Foreign Minister Frank-Walter Steinmeier, asking them to address the Indonesian President with the issue of the human rights of the Christian Papua and the Muslim Ahmadiyya. ‘Also, the Federal Government should advocate for the release of imprisoned Papua and demand the Indonesian authorities to stop criminalizing Papua who take part in public demonstrations against the government’s policy. They are merely making use of their right to freedom of expression,’ the STP wrote in a letter to Merkel and Steinmeier. The STP also demands better protection for the Muslim Ahmadiyya minority. The members of this group have to fear for their lives if they practice their faith.

The appeal is not only about the fate of the 35 Papuan political prisoners – most of whom have to serve long prison sentences – but also about the alarming number of arrests in connection with public demonstrations. On Wednesday, 44 people were arrested during mass demonstrations for more self-determination in different areas within West Papua – and 12 people were arrested in Mimika on April 5, following clashes between protesters and the police. On December 1, 2015, a total number of 355 Papuans were arrested in the course of demonstrations on the national day of the Papuans. In the course of the bloody crackdown, 145 people got injured, and 4 people lost their lives. If Papuan natives get arrested, they often become victims of torture and inhuman treatment.

Widodo must be reminded of his promise to open up the conflict region of West Papua for foreign journalists. On May 10, 2015, Widodo had promised to grant foreign journalists access to West Papua – which had been sealed off for years – but his government did not keep the promise,’ said the STP’s Asia consultant, Ulrich Delius. ‘When Widodo became President in October 2014, there was great hope that the human rights situation in West Papua might improve significantly. However, these hopes were disappointed. ‘Indonesian human rights organizations such as KONTRAS and Komnas HAM are thus demanding a comprehensive investigation of the human rights violations in West Papua.

The situation of the Christians in the largest predominantly Muslim country in the world has somewhat improved since Widodo took office – but there are still problems with the construction of new churches and, generally, for Christian communities in the province of Aceh province, from where 8,000 Christians fled after 13 churches had been forcibly closed down.

‘Also, the situation is quite dramatic for many of the Ahmadiyya Muslims. The Sunni majority is systematically keeping them from practicing their faith, and they often become victims of evictions,’ said Delius. From the viewpoint of the Sunnis and the Shiites, the Ahmadiyya are not seen as Muslims, but as members of a sect. ‘The Ahmadiyya need better protection, allowing them to practice their faith!’