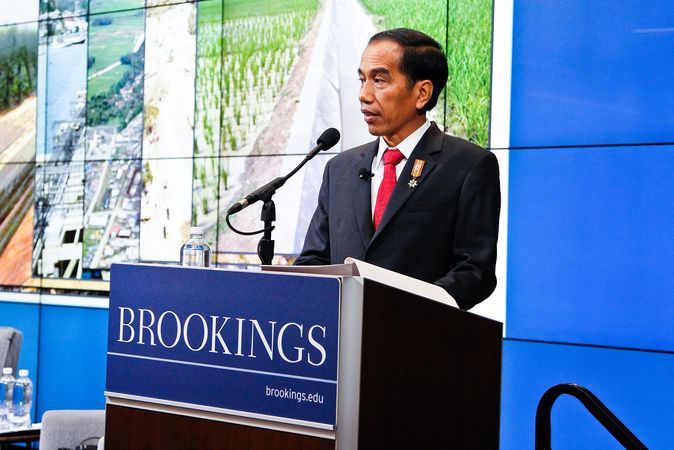 In a letter to the Indonesian President Joko Widodo, the STP demanded an end to the arbitrary arrests. Photo: Brooking Institution/Flickr

Following the arrest of 96 protesters, the Society for Threatened Peoples (STP) warns about an escalation of the West Papua conflict. “The dispute over the future of the western half of New Guinea, which is striving for independence, will intensify in the coming months because Indonesia’s authorities are responding to the protests of the indigenous peoples with mass arrests and demonstration bans,” said Ulrich Delius, the STP’s Asia consultant, in Göttingen on Tuesday. In a letter to the Indonesian President Joko Widodo, the STP demanded an end to the arbitrary arrests. “As a democratic country, Indonesia must not ignore the fundamental civil rights in Papua. The right to freedom of expression and the freedom to demonstrate must be respected there too!”

West Papua is facing a turbulent autumn. Given the ongoing unrest, the neighboring Pacific Island countries have announced to put the political future of West Papua on the agenda of several committees of the UN General Assembly, which is scheduled for Thursday. The conflict is to be addressed, inter alia, in the UN Committee on Decolonization. “This will encourage even more indigenous Papuans to demand independence,” said Delius. On December 1, when the Papuans traditionally hoist the Morning Star flag to celebrate the day of independence, the Indonesian security forces regularly arrest activists.

On Monday, at least 75 natives were arrested in the course of demonstrations in various regions of the province of Papua. Last weekend, 21 Papua had been detained for handing out leaflets to announce the planned demonstrations on Monday. In the district Yahukimo, which is located in the mountainous region in the center of the country, all public protests had been banned – and the present security forces had enforced a ban on demonstrations. When the protesters refused to clear the streets, a group of speakers was finally allowed to hold a half-an-hour speech.

More than 2,700 Papua had already been arbitrarily arrested in the course of demonstrations between late April and mid-June 2016. The detainees were usually released after a few hours. “Nonetheless, the frequent arrests are creating an atmosphere of intimidation and arbitrariness, because they clearly indicate that the Papua are not allowed to make use of their right to freedom of expression,” criticized Delius.