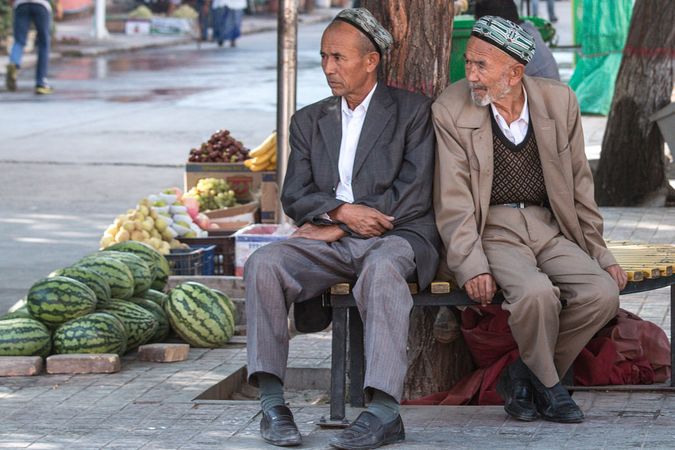 If they have to return to their home country, the members of the Muslim minority are facing torture and long-term imprisonment – simply because of their ethnic origin. Photo: Casten ten Brink via Flickr

The Society for Threatened Peoples (STP) calls on Malaysia’s government not to deport 11 imprisoned Uyghur refugees to China. “Malaysia should provide protection for the refugees, or at least let them go to a third country of their choice to ask for asylum there,” the human rights organization appealed to the Malaysian authorities. “If they have to return to their home country, the members of the Muslim minority are facing torture and long-term imprisonment – simply because of their ethnic origin. For China’s authorities, Uyghurs who try to escape from the ever increasing persecution in China are “terrorists” or “sympathizers of terrorist movements, and they have to fear for their life,” said Ulrich Delius, the STP’s director, in Göttingen on Sunday. The US government had also addressed Malaysia with an appeal not to send back the detainees to their home country.

“The People’s Republic of China submitted an official extradition request for the 11 Uighurs. The detainees had originally tried to get asylum in Thailand, together with a group of around 200 others people from Xinjiang (East Turkestan) in 2014. After being interned, they denied their identity and declared that they were from Turkey, for fear of being deported to China. As members of a Turkic nationality, they enjoy a good reputation in Turkey.

In July 2015, Thailand had already sent more than 100 members of this refugee group back to China already. Some were imprisoned, others were brainwashed at reeducation centers – or were forced to publicly acknowledge their “guilt” in state propaganda videos.
The 11 Uighurs who are currently threatened with deportation had escaped from their detention center in southern Thailand in November 2017. They fled to nearby Malaysia, where they were arrested a few days later.

“We fear that Malaysia will give in to the massive pressure from China and send the refugees to their home country. This would be a violation of international humanitarian law, which generally recognizes the principle of non-refoulement in the case of imminent danger to life and limb,” said Delius. “But Malaysia is economically dependent on China – so the People’s Republic can exert massive pressure.” State-controlled Chinese companies have invested nearly one billion Euros in 33 major projects in Malaysia, and are operating 22 mega-projects worth 120 billion Euros in the country. “In Malaysia, economic interests are often given priority over human rights issues or over solidarity with persecuted Muslims,” Delius stated.