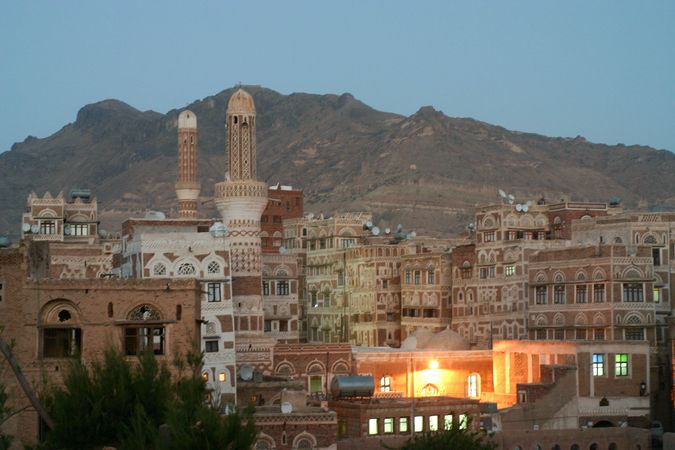 Sanaa, the capital city, is suffering from an embargo for years. Moreover, a trial against 20 Bahá‘i started this weekend. Picture: Matt May via Flickr CC BY 2.0

After the surprising start of an unfair trial against 20 Bahá’i last weekend in Yemen, the Society for Threatened Peoples (STP) is more and more concerned about the members of this small religious minority in the country, which is shaken by a civil war – and those who are now facing arbitrary court proceedings in the north of the country might be facing the death penalty. On Wednesday, the human rights organization sent an urgent appeal to the Houthi-rebel-controlled government in the capital Sanaa, demanding the detainees to be released. Further, all trials against members of the religious minority should be suspended. “According to our information, the detainees aren’t guilty of any threats to security or public order. The Bahá’i are trying to remain neutral. They are merely interested in building a civil society,” the STP emphasized in its letter.

“The arbitrary arrests, unfair trials, and the attempts of the rebel leaders in northern Yemen to incite against the Bahá’i are casting a bad light on the Houthi policies, and they are harmful to the civilian population of Sanaa, which has been suffering from the war and a total blockade for years,” stated Kamal Sido, the STP’s Middle East Consultant.

Last Saturday, there was a first court hearing in the case of the 20 Bahá'í. The Iran-backed Huthi authorities had initiated lawsuits against them, based on dubious allegations. Only the judge, the prosecutor, and other court officials took part in the hearing. Neither the detained Baha’i nor their lawyers were informed. The judge did not invite them until the next hearing, which will take place in Sanaa on September 29. There is a great danger that the Bahá’i will suffer a similar fate as the Bahá’i Hamed bin Haydara, who was sentenced to death in January 2018 on religious grounds. He is waiting for his execution.

The Bahá’i in Yemen are often accused of trying to proselytize the Muslim population. In March, Abdel-Malek al-Houthi, the leader of the Houthis, held a TV-speech in which he denigrated the Bahá’I faith. He called on the Yemeni people to defend their country against the Bahá’i and against members of other religious minorities.

Although the Bahá’i in Yemen are under increasing pressure, they are hoping for a peaceful solution to the conflict – focusing on the well-being of those in need, regardless of their religious affiliation. There are a few thousand Bahá’i living in Yemen, and around 7 million all over the world. In Germany, there are around 6,000.