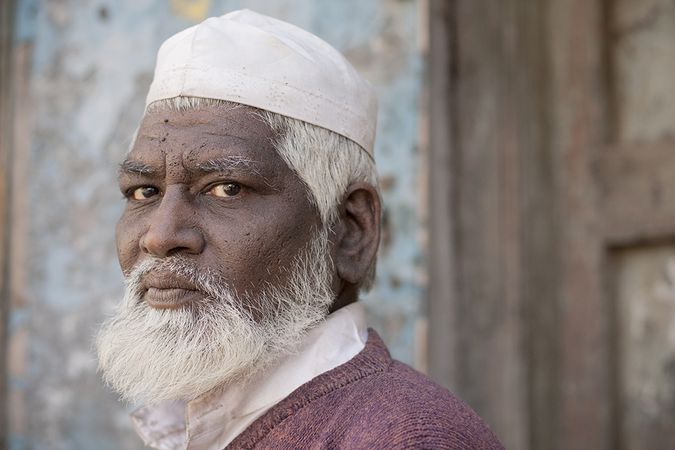 The Society for Threatened Peoples (STP) warns about the growing influence of Hindu nationalists in India, leading to a targeted marginalization of Christians and Muslims and to a general climate of intimidation and violence against other faiths. "India's democracy is at a crossroads. If Prime Minister Narendra Modi fails to take action against the Hindu extremists, India's reputation as a nation of law is at stake," said the STP's Asia-expert, Ulrich

Delius, in Göttingen on Friday. More and more often, churches or mosques are burned down – and people of other faiths are forced to convert to Hinduism. Christians and Muslims in India are not only demanding better protection, but also clear words and actions of the Prime Minister to ensure religious freedom in Asia's largest democracy. The STP also demands impunity for 50 Christians who were arrested in New Delhi yesterday because they had taken part in an unauthorized demonstration against attacks on churches.

This week, Hindu nationalists had gotten worldwide attention for announcing plans to forcibly marry couples who show themselves in public on Valentine's Day. The absurd suggestion was made by the party Akhil Bharatiya Hindu Mahasabha. They received a lot of attention, but mostly mockery and criticism. On social media platforms, there were enthusiastic comments from homosexuals – as well as jokes about a possibility to avoid elaborate wedding ceremonies and dowries. "Nonetheless, the political party is extremely dangerous because it propagates hate speech," warned Delius. Previously, the party had gained attention by calling Muslims and Christians "infidels", by labeling scantily clad Bollywood-actresses as "prostitutes" and by stating to want to build a monument for the killer of India's founder Mahatma Gandhi.

Because the government prefers to remain silent, the Hindu nationalist movements Rashtriya Swayamsevak Sangh (RSS) and Vishva Hindu Parishad (VHP) – which are close to Modi's Bharatiya Janata Party (BJP) – feel encouraged in their attempts to exclude other faiths and to practice forced conversions. In December 2014, RSS-members had forced 57 Muslim families to convert to Hinduism. Throughout the country, members of other religions feel under pressure to convert to Hinduism – and there are attacks on churches and mosques. Since January 2014, there were at least 149 attacks against Christians in India. In more than half of the cases, the Christians were threatened, intimidated or forced to convert. About a quarter of these incidents were physical attacks against Christian institutions or people of Christian faith. Muslims were falsely accused of trying to force Hindu women to convert to Islam in a campaign called "Love Jihad". The nationalists demanded that 100 Muslims should be converted to Hinduism for every single Hindu who is forced to convert to Islam.